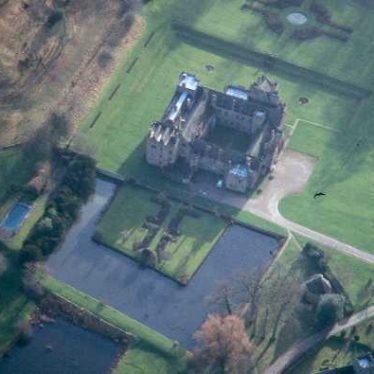 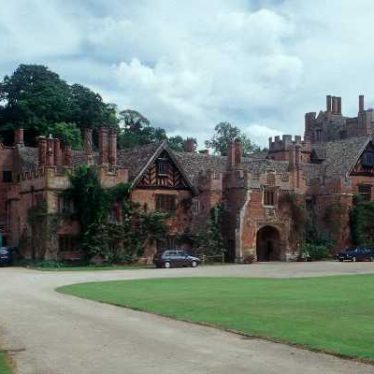 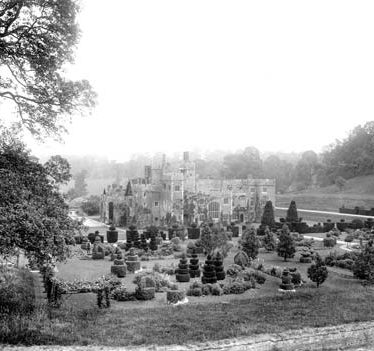 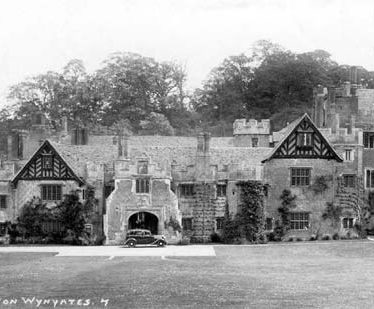 Compton Wynyates House, a Post Medieval moated manor house. The house was largely restored during the Imperial period. It is situated 1km south of Windmill Hill.

1 Compton House was erected by Sir William Compton c1520, allegedly on the site of an earlier Tudor building, but this is not evident in the fabric or the buildings. In the 19th century the house was neglected and practically deserted, but in 1867 it was reconditioned and resumed its role as the seat of the Marquesses of Northampton.
2 The house is in excellent condition.
3 Early 16th century house, the most perfect example of the picturesque, irregular Early Tudor style in England. Courtyard house, originally moated. Brick built, two half timbered gables. The east front of the house was remodelled in the early 18th century and again in 1867. Windows of dates varying from c1500 to 19th century. One of the bay windows and the hall roof are said to have come from Fulbroke Castle. Inside, the hall still has its screens passage, and other Elizabethan features remain.
4 Listed Building description.
5 The house was begun in the early 16th century, near the site of a depopulated Medieval village, for Sir William Compton, one of Henry VIII’s officials. The form is quadrangular; the house is entered through a gatehouse on the west side. There were originally two moats – an outer, dry moat, enclosing the house and a service court; and an inner, water filled, moat enclosing the house itself. Traces of both survive. Repairs and alterations to the house were made in the early 18th century. In 1768 the 8th Earl ordered the house to be demolished, due to financial problems, but the order was not carried out. The house was effectively abandoned until the 1850s; it was restored 1859-60.
7 Possible site of Civil War seige.
8, 9 Main home of the Earl of Northampton, who along with his five sons played an active role in the Civil war. Royalist garrison and important outlier of the Royalist garrison at Banbury castle. The house was moated and had a drawbridge and had definitely had earthwork defences added to it. On Friday the 7th of June a force of Parliamentarian troops arrived to besiege the house. Banbury castle was unable to help as many Royalist forces were with the Kings army being pursued by the Parliamentarian forces under Sir William Waller in the run up to the Battle of Cropredy Bridge (29th June), a Royalist victory. After 2 days of being bombarded the garrison surrendered (p.164).
It then became a Parliamentarian garrison. This was attacked by a large Royalist force on the 30th of January 1645. The attack was beaten off after a long fight. An account of the fight mentions a new sconce (fortified outwork) in front of the stone bridge, out-works and talks about the fighting in and around the brewhouse and stables. It can be assumed that the house had become a proper small fortress. The house remained a Parliamentarian garrison until the end of the war and survived (pp.205-206).