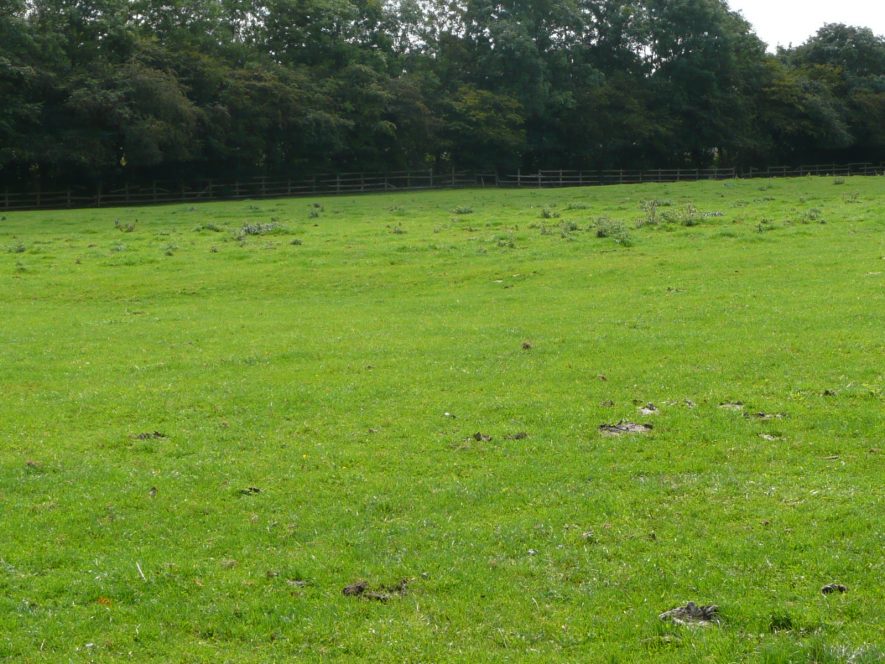 The site of King's Hill Medieval deserted settlement. A trackway, house platforms and an area of ridge and furrow cultivation are visible as earthworks. The settlement has been partially excavated. The site is located 400m south west of Finham Green.

1 Fieldwork revealed a previously unrecorded deserted Medieval village site which lay immediately W of the Bypass route. House platforms are visible on either side of the present lane. Excavation was carried out on the threatened area of the inner furlong headland, which showed that the furlong had been laid out by a line of posts approximately 9m apart.
2 Hill. A village which was anciently called Hulle or King’s Hulle. Location of a grange of Stoneleigh Abbey [PRN 5292]. There are now eight houses.
3 A Deserted Medieval Village of some six or seven platforms about 0.6m high, with associated ridge and furrow and main and subsidiary trackways. Rough grazing.
4 In good condition with the Management Agreement adhered to.
6 A 5 year management agreement was renewed in 1989.
7 In 1990 the pasture field to the SW of the scheduled area was ploughed. Pottery of the 13th, 14th and 15th century and Post Medieval periods was recorded from a small area next to the road. No house platforms are visible here, but the settlement may have extended this far. The southern part of the field is covered by low ridge and furrow. A struck flint and a possible Roman sherd were also recorded.
8 Archaeological observation carried out in 1994 did not reveal any features relating to the Medieval settlement.
9 Trial trench revealed a gully of 18th/19th century date along with four residual sherds of Medieval pottery (13th/15th century).