You are here: Home>Locations>Hunningham>Hunningham Bridge 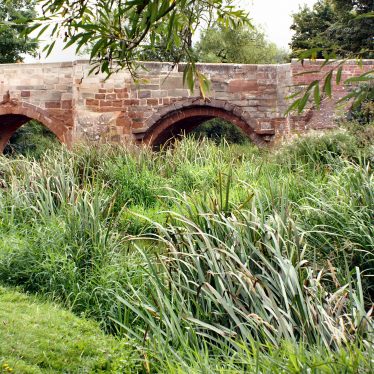 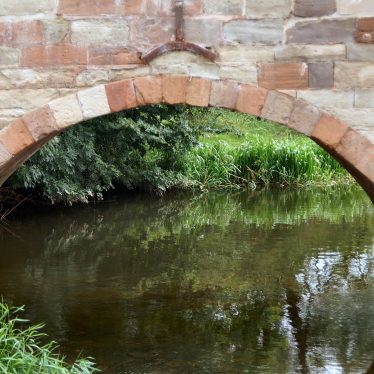 One span of Hunningham Bridge, 2017.
Image courtesy of Jane Jones 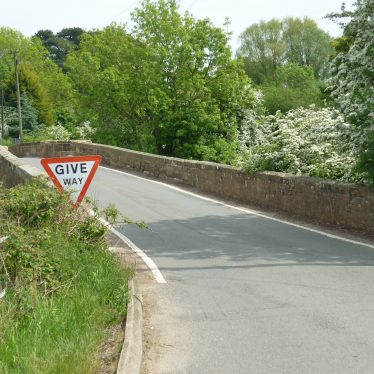 Hunningham Bridge, originally Medieval, but the present structure is mostly Post Medieval with later repairs. It crosses the River Leam 400m north of the church.

1 A good bold bridge, over the Leam, with buttresses of the usual character but exceptionally massive. It has three arches over the stream, and one dry arch at each end, and carries long causeways at a high level. The parapets have been rebuilt in brick. The roadway is about 3.6m wide.
2 A Medieval bridge erected some considerable time before 1636 when the inhabitants of Knightlow Hundred were indicted for not repairing it. It was repaired in 1651 and it is possible that the semicircular arches are of this date. The cutwaters are carried up to the parapet coping level on the upstream side but are cut back to form half-hexagon-shaped recesses on the downstream side.
3 Probably Medieval, but in detail mostly of 1651.
7 Listed Building Description.
8 Early scheduling record.
9 Short description.

Linkedin
More from Hunningham
More from Weston under Wetherley
More from Bridges and Viaducts
More from Streets, Roads, and Railway Tracks