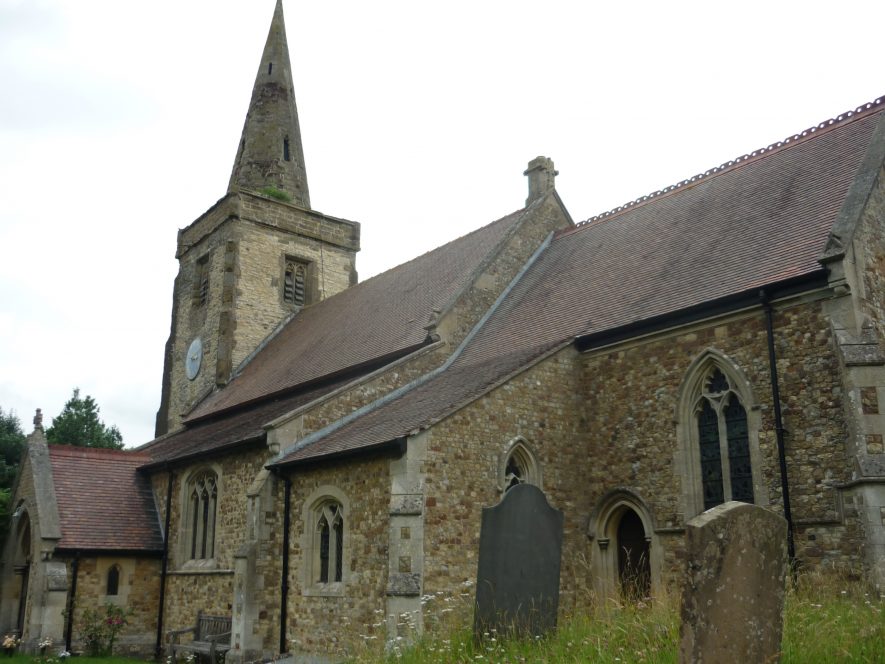 Holy Trinity Church which is of Medieval date, although it was largely restored during the Imperial period. It is situated on Church Street, Churchover.

1 Chancel with S vestry and organ-chamber, nave, N and S aisles, S porch, W tower, and spire. The S arcade, S door, and W tower are the only Medieval portions of the present building; the remainder dates from 1896 when the church was rebuilt, mainly in 14th century style, by Bassett Smith. Before this ‘restoration’ it consisted of chancel with apsidal termination, nave, galleried S aisle, S porch, and W tower. There was no chancel arch, the walls of the chancel and nave being continuous; they were probably of the late 13th century. The apse and S porch were modern additions. Late 13th century S arcade, much repaired. 13th century S doorway. 15th century W tower, restored 1911. 12th century font. 16th century and 17th century monuments. The church is recorded in 1291.
2 In the S aisle W wall, reset, a Norman capital with symmetrical stylised foliage.
3 Listed Building description.