You are here: Home>Locations>Combrook>Church of St Mary and St Margaret, Combrook. 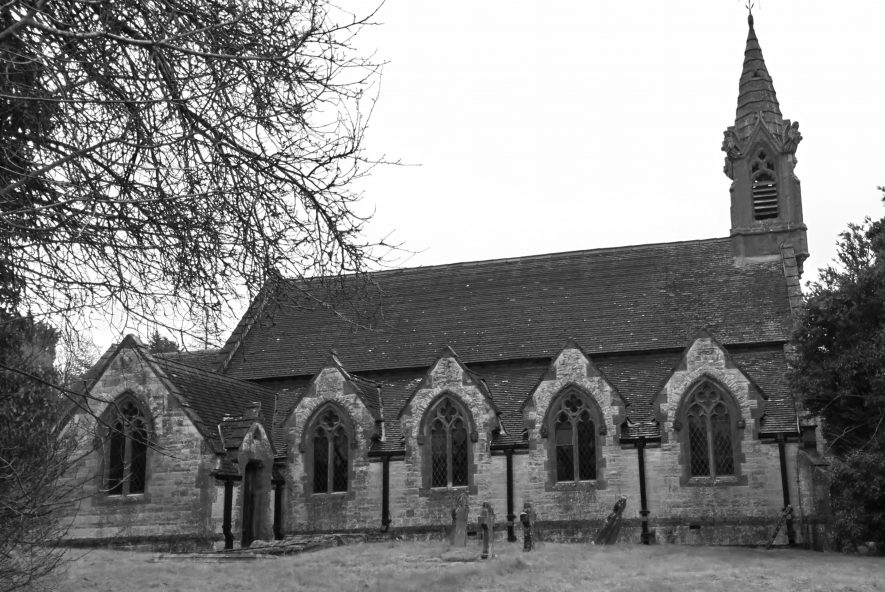 The site of The Church of St Mary and St Margaret, a Medieval chapel which was largely rebuilt as a parish church in the 19th century. The chancel was rebuilt in 1831 and the nave in 1866. It stands in Combrook.

1 Chancel, nave with W bellcote, N and S aisles and N vestry. There was a chapel in Combrook which was consecrated between 1125 and 1150. In 1853 Combrook was constituted a separate parish. The chancel was rebuilt in 1831 and the nave in 1866. The masonry of the chancel appears to be partly ancient, but all the windows and other features are modern, the only Medieval fitting being the font.
2 By John Gibson, 1866, but keeping and only altering the chancel of 1831. Grey and brown stone, very free Gothic. The style is of c1300.
3 Noted.