You are here: Home>Locations>Hunningham>Footbridge 200m SW of Church 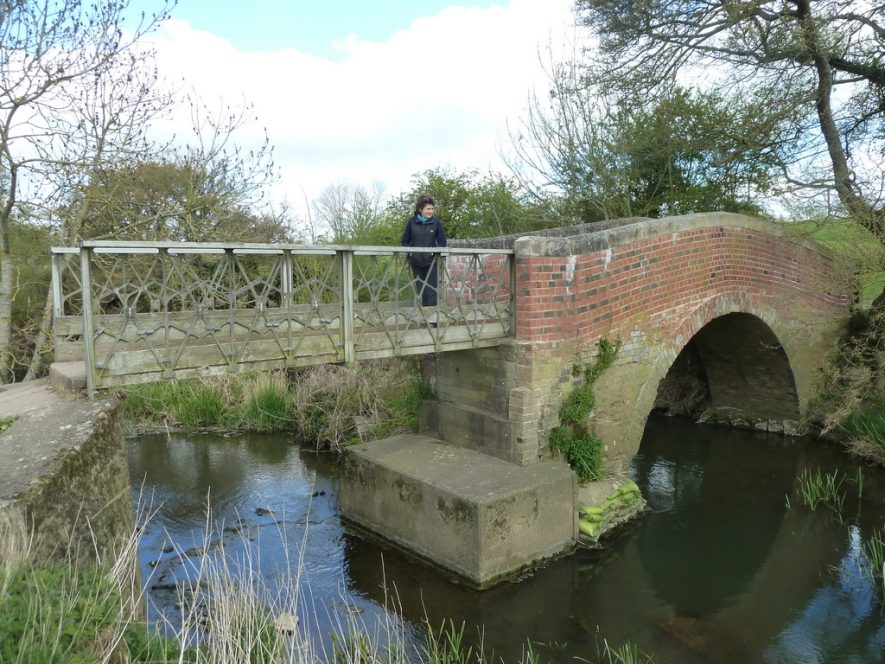 Footbridge 200m SW of Church over the Leam at Wappenbury
Image courtesy of Steve Clark.
Description of this historic site

The partial remains of a footbridge from the Imperial period, that crossed the River Leam 200m south west of the church at Wappenbury. It was marked on the Ordnance Survey map of 1886. The present bridge is part Victorian brick, part modern concrete.

1 Bridge marked.
2 The bridge is apparently of two quite distinct styles – the N half is a brick single-arched, humped Victorian-looking structure; while the S half is a very modern concrete walkway. It is possible that the brick structure originally spanned the river and that the river has got wider, or that the brick bridge had a further arch which had disappeared.