You are here: Home>Locations>Curdworth>Curdworth Bridge 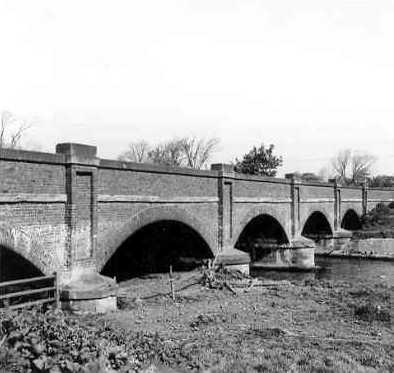 A road bridge over the river at Curdworth, North Warwickshire
Warwickshire County Council
Description of this historic site

1 The present brick built bridge was erected during the middle of the 19th century about 50 yards E of the site of the old bridge (MWA51).
2 Photograph.
3 Archaeological observation at Curdworth Bridge recorded no evidence for the 16th century bridge which is known to have once stood upstream of the current bridge, built in 1836. The new bridge was built at a cost of £2672 by the builder John Hiley.

email
More from Curdworth
More from Bridges and Viaducts
More from Streets, Roads, and Railway Tracks