You are here: Home>Locations>Stoneleigh>Cryfield Grange, Stoneleigh 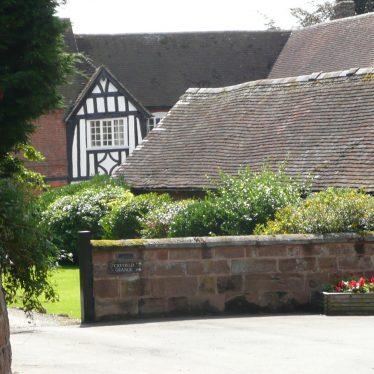 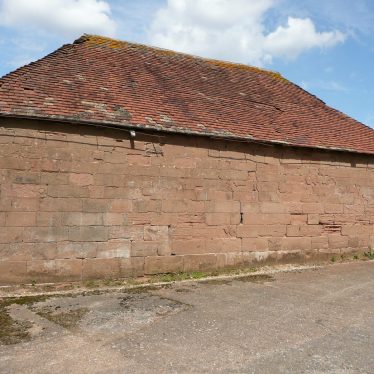 Agricultural building on opposite side of road to Cryfield Grange, Stoneleigh. Ashlar constructed the other side is brick. It looks ancient but probably isn't, possibly being built to be disguise its use as an agricultural building in imperial period when viewed from the high status domestic building.
Image courtesy of William Arnold 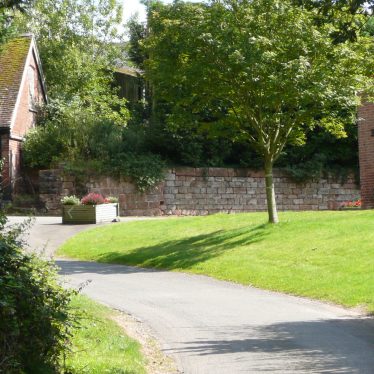 Stone walling at site the portion to the left at Cryfield Grange, Stoneleigh, appears to be older or more original than that to the left. 2017.
Image courtesy of William Arnold 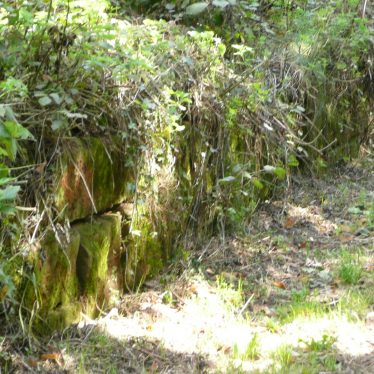 This sandstone walling just past the stream on the university side of the wall at Cryfield Grange, Stoneleigh, appears to be imperial landscaping. 2017.
Image courtesy of William Arnold
Description of this historic site

Cryfield Grange was almost entirely rebuilt during the Imperial period on its original Post Medieval foundations. It retains some architectural features from its earlier history. It is situated 1km north of Crackley.

1 Cryfield Grange, situated off the west side of the Kenilworth-Coventry road about half a mile north of Crackley, is an L-shaped house and although almost entirely rebuilt in the early 19th century, on its original foundations, it still retains some features of interest.
2 Circa mid 16th century nucleus. On the western side of the northern arm a length of original red sandstone ashlar splayed plinth is visible. Under the north end of this wing is a slightly arched vaulted cellar of mid 16th century date with two blocked openings on the west side. This wing is of 19th century red brick with segmented arched window openings, mostly modern fenestration. Four panelled door with gabled timber porch. The house was originally a demesne farm of Henry II.
3 The house is in use and well maintained.
4 The Cryfield Grange estate was sold in 1545 to Robert Bocher and passed through various hands thereafter. It was bought by Dame Elizabeth Egerton, mother in law of Thomas, first Baron Leigh, in 1639 and passed to Thomas in 1649. It included three smallholdings in 1638, but two larger farms, Gibbet Hill Farm and Cryfield House Farm, were later cut out of it (c1675).
5 Detailed survey map of 1638 in Warwick Record Office.