You are here: Home>Locations>Claverdon>Church of St Michael, Claverdon 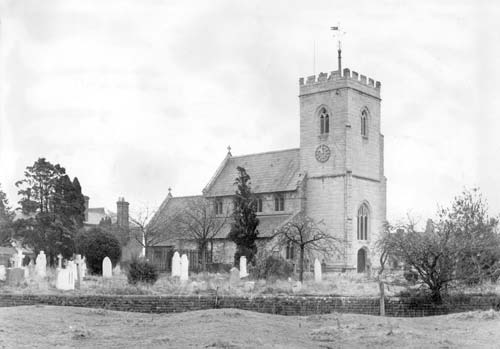 The church of St Michael which was originally built during the Medieval period. Alterations to the building were carried out in the Imperial period. The church is located in Claverdon.

1 Chancel with N organ chamber and S chapel; nave with N and S aisles; W tower. Tower is 15th century, restored 1930. S aisle added in 1830, N aisle in 1877-8, when the nave was rebuilt, the chancel restored and the organ chamber and chapel added. The earliest reference to the church is of c1150.
2 Perp W tower of grey stone. The chancel arch is ascribed to the 14th century. The rest of 1830 and 1877-8, entirely indifferent. The architect was Ewan Christian.
3 Noted.
4 Archaeological observations on the N side of the tower during the construction of a new boiler room and toilet block in 1998 revealed a small amount of fragmentary human bone. Most of the ground area of the new structure had been disturbed in the 19th century and no earlier remains were found.
5 A watching brief during groundworks in the grounds of St. Michael and All Angels Church, Claverdon, along the south-west facing wall of The Glebe House recorded no archaeological features or finds.