You are here: Home>Locations>Idlicote>Church of St James the Great, Idlicote 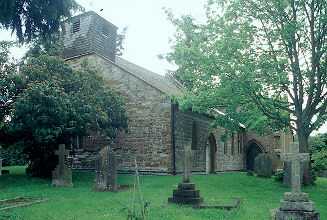 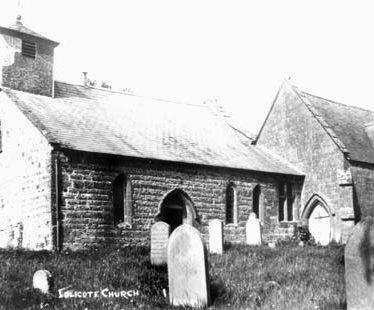 The Church of St James the Great, originally built in the Medieval period. Alterations were made to the building through to the Imperial period. The church is situated due south of the Rookery, Idlicote.

1 Chancel, S chapel, nave with N porch, and S aisle. Nave is early to mid 12th century; chancel rebuilt in the second half of the 13th century, the S aisle added at the end of the 13th century. Late 17th century S chapel. Various repairs and alterations; the nave W wall was rebuilt in the 17th century, and there is much modern stonework. 18th century or 19th century porch. Nave roof probably late 14th century. Medieval font. Much 17th century and 18th century woodwork.
2 Plan of the church.
4 Wood-shingled bell-turret with weathervane dated 1707.
5 Noted by Ordnance Survey.
6 The list of known Rectors goes back to 1301. Nave C12, Chancel rebuilt C13. South aisle C13. West gallery and South Chapel C17. C17 pulpit, pews, and font cover. Font of possible medieval date.
7 Correspondence from 1982. Comment about the date of the plaster.
8 Investigation of the date of the Hammer-beam roof suggests a 17th century date.