You are here: Home>Locations>Idlicote>Idlicote House 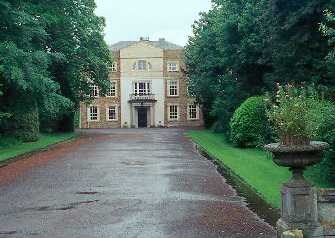 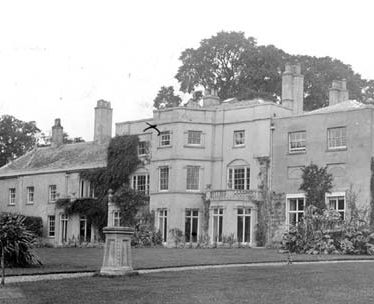 Idlicote House, a manor house dating to the Post Medieval and Imperial periods. It is located 300m south west of Idlicote.

1 The centre block has three bays, the central bay breaking forward, and three storeys. This part of the house is said to be dated to the early 18th century. A Roman doric hood porch over the front entrance with balustraded balcony to three-light window in the centre of the second storey. A semi-circular 3-light window above. Each side bay has two windows in moulded architraves with key blocks. There is a parapet with central gable and ball-heads at the centre and sides.
2 The wing to the south-east of the central block is of early/ mid 19th century date when the house was considerably altered. There was another thorough restoration in 1895. The wing to the north west seems to be the oldest section of the house. The walls of the ground floor corridor have tall dummy arches on one side. The manor belonged to the Canons of Kenilworth Abbey until the dissolution. The house may occupy the site of a grange.
3 Diagram.
4 The doorframe, with its tall ‘stops’ and the sort of fluting effect on the jamb, point to an Elizabethan date.
5 The main block of the existing house is attributed to the architect Sir John Soane (1753-1837), but portions of the moat which existed until the 1960’s and subterranean passages leading originally from the extensive cellars to the church and the Honington and Halford Roads indicate a much earlier building of some substance.