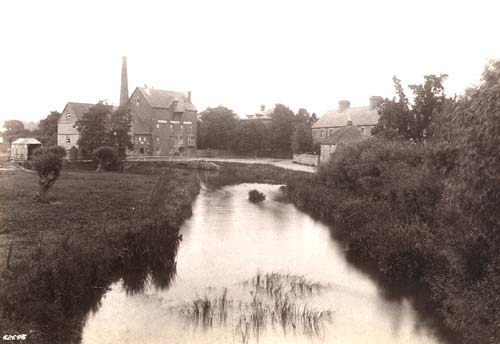 A view of Broom Mill, Bidford on Avon
Warwickshire County Council
Description of this historic site

The site of Broom Mill, a watermill for which there is documentary evidence from the Medieval period. The machinery has been rehoused in modern buildings. The site, now under housing, was at the west side of Broom.

1 There were four mills in the manor of Bidford in 1086. A watermill at Broom is recorded in 1363 and 1594. Details of ownership exist for the mid 19th century onwards. Large five-storey mill of 19th century date, extended and altered considerably since erection. Modern milling machinery is now housed in new buildings nearby.
2 Descriptive Text.

Linkedin
More from Bidford on Avon
More from Mills
More from Windmills, Watermills and Cornmills