You are here: Home>Locations>Alcester>Boteler's Castle, Alcester. 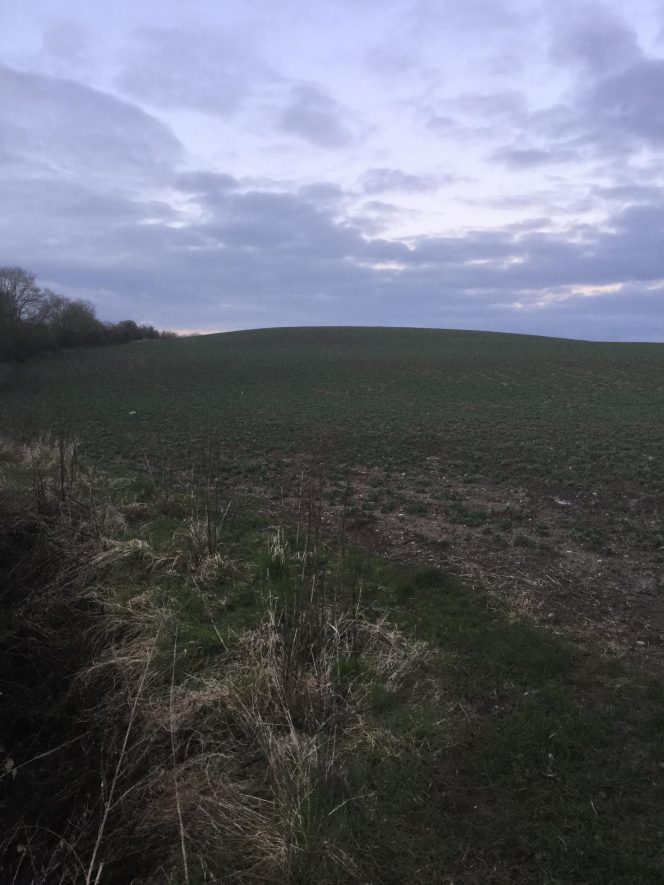 The site of Boteler's Castle, a Medieval motte and bailey castle, which has been partially excavated. The site lies 700m south east of Arrow.

1 In 1086 Fulk held the manor of Oversley, but it later passed to Ralph de Boteler, who probably built a castle there making it his principal seat. A steep knoll overlooking the river Arrow is still known locally as ‘Boteler’s Castle’.
2 A castle ‘the strength and compass it was of, may be seen to have been of no mean consideration’.
3 No sign of buildings on the obvious knoll at Boteler’s Castle. In the summer of 1934 Mr BW Davis trenched the top and sides of the hill. He discovered a considerable amount of pottery, roofing tiles, slates, but little stone and absolutely no trace of foundations. This suggests that the castle was timber and that no motte was formed as the natural escarpment was deemed sufficient. The ruins seen by Dugdale were probably of a later stone building (PRN 6149).
4 In the 13th century Oversley ceased to be the chief residence of the Botelers.
5 A rectangular castle mound in a commanding position with a ditch to the S. There are no indications of a building but coarse Medieval pottery was found over a wide area. The site has been under plough for many years and the mound is spread. At SP0855 are two parallel banks. These appear to have been outworks of the castle forming two unusual baileys.
7 A plot of air photographic evidence for the castle shows that considerable earthworks existed on the site. A probable motte is indicated to the W. Additional marks may indicate a bailey to the E.
8 Other earthworks/crop marks on the site, including the two parallel banks mentioned by the OS, probably relate to an iron age hillfort (PRN 6119) and a later manor house (PRN 6149).
10 Additional finds on the site of medieval pottery made in 1985.
11 Geophysical survey located a number of anomalies of archaeological potential along the route of the proposed Norton Lenchwick Bypass. However the northern boundary of the outer bailey was not identified.
12 Excavations of the enclosure on the E side of the castle established beyond doubt that the enclosure was associated with the castle, putting to rest the idea that it was an Iron Age hillfort. Its layout, with few internal boundaries, apparently communal features such as the group of cess pits, and the massiveness of the ditch, all suggest that it was an outer bailey to the castle rather than a village around the castle. The dating of the finds ties in well with historical dating of the site, placing it firmly in the 12th – 13th century, the heyday of the castle.
13 The castle seems to have consisted of a motte and three baileys, an inner bailey to the east of the motte and two further baileys to the north. It had been suggested that the two northern baileys were part of the post medieval gardens of Oversley Court, but the cropmark evidence, which was not available at the time, shows that they were an intergral part of the medieval defensive system. Whether the baileys were all laid out at one time or the northern ones represent later extensions cannot be said. The northern sides of the northern baileys runalong the edge of the escarpment, along the most defensible line, so it is possible that they were part of the original scheme. To the east of the castle baileys there was a large subrectangular outer enclosure, running from the castle to just beyong Ryknild Street which was included within it. The excavations revealed a settlement that was contempoary with the castle, dating from the 12th to early 13th century.
14 Correspondence from 1934-5 about an excavation.
15 Plan that probably relates to 14.
16 Map.
17 Correspondence from 1988.
18 Noted; reference to excavations detailed in 14, undertaken by Davis ‘on many occasions between Feb. 1934 and April 1935. He found much tombed stone, 12th century pottery, but was unable to locate definite wall for dating.’