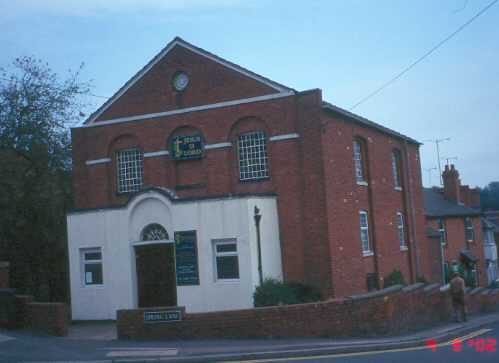 A nonconformist chapel, originally Baptist, built in the Imperial period. It is situated in Albion Street, Kenilworth.

2 ‘Albion Chapel’ was built in 1829 by a Particular Baptist church which ceased to exist in 1874. The chapel was let to Plymouth Brethren until 1914 when it was re-opened by the West Midland Baptist Association. Brick with a slate roof. Front of three round-arched bays.
3 Seems to be deserted.