You are here: Home>Locations>Warwickshire unspecified or out of county>Warwickshire Items at Avoncroft Museum 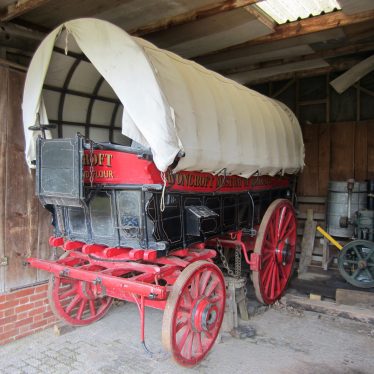 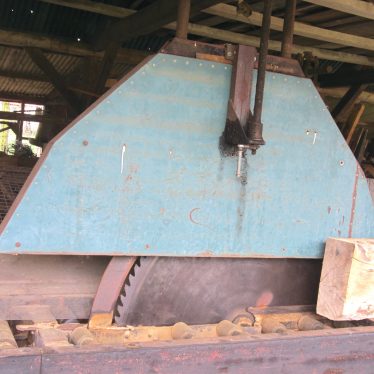 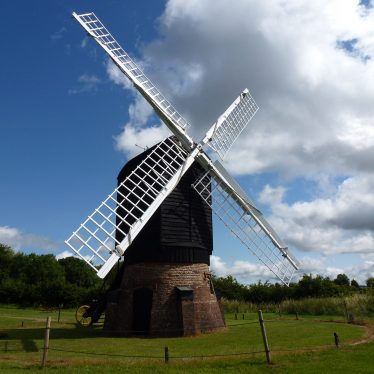 On a recent visit to Avoncroft Museum I was delighted to find at least three items from Warwickshire (and may have missed others). This museum has historic buildings (rescured from elsewhere) and other items of historic interest; I recommend a visit.

This horse-drawn wagon came from Arrow Mill near Alcester. Originally it would have been used to carry flour from Arrow mill to the bakery. During the 1920s it belonged to Adkins & Thomas, Millers and Corn Merchants. It was donated to the Avoncroft museum in 1980 and restored in 1983.

This huge circular saw came from the Heber-Percy estate at Guy’s Cliffe, Milverton. Originally it would have been used to cut up timber for use on the estate. It was moved to the Avoncroft Museum in 1979, restored and ‘opened’ in 1980 by Harry Marks who used to work on the estate. It was originally driven by steam power but is now run by a belt from an old tractor engine.

The post windmill from Danzey Green, Tanworth in Arden, already features on this web-site. The mill provides an iconic feature at the Avoncroft Museum; it has been handsomely restored and is now in working order.

Do let us know if you find interesting things related to Warwickshire elsewhere.

Map marker in the right place? If not, please correct the map.
Locations
Warwickshire unspecified or out of county (182)
Subjects
Bakers and Bakeries (20)
Forestry (34)
Windmills, Watermills and Cornmills (476)
Author
Anne Langley

Linkedin
More from Warwickshire unspecified or out of county
More from Bakers and Bakeries
More from Windmills, Watermills and Cornmills