You are here: Home>Locations>Attleborough>H & T Taylor, Bakers of Attleborough 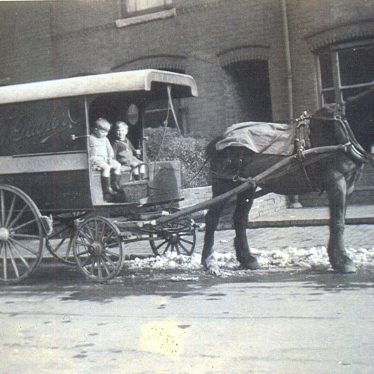 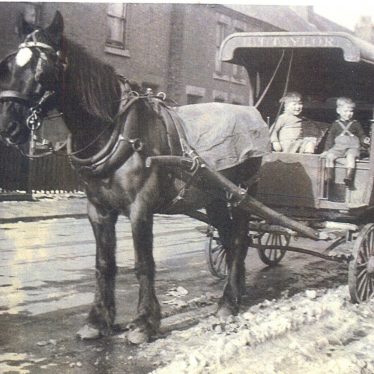 Van with horse in Gadsby Street, Attleborough, home of Cliff Oliver, Baker with two of his sons
Courtesy of June Moreton 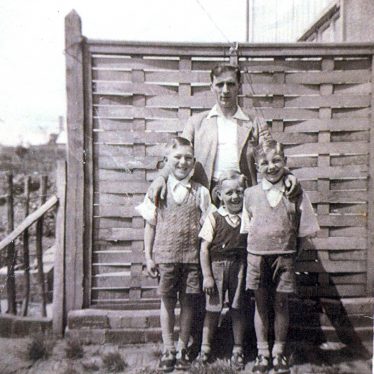 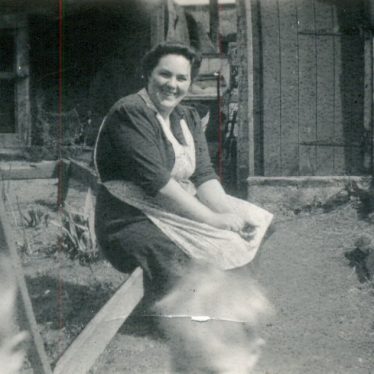 My father, Clifford Charles Oliver worked for H & T Taylor, Bakers of Attleborough (at the top of Lister Street). He was born in 1923 and married his wife Ethel in 1942. The house there now is called The Bakery. The horse was kept at the back of the bakery.

He excelled at making wedding cakes and made my wedding cake but that was many years later. It was a three tiered wedding cake. The shop window used to have trays of cakes in. The cakes were were all set out in rows. When Dad took me for a walk we used to get one for a threepence!

Before he went to work for Taylor’s, Cliff and his brother used to do a ‘batch round’ on the weekend, walking round with baskets with bread in. They went to everyone who wanted bread but whether the loaves were ’round’ or the term referred to ‘going round’, I don’t know! That’s how he came to work for Taylor’s.

Whilst his brother went into the air force, Cliff stayed at the bakery but he got called up after getting exempt twice. He joined the Royal Electrical and Mechanical Engineers. He learnt to drive. When he was demobbed he returned to the bakery but the business was sold to a gentleman called De Keyser who owned another shop near by.

So he became a miner for a few years at Newdegate Colliery. Then he went to work for Interlock who made interior springs for beds and car seats. He became a foreman and was well liked. He had big allotments at the back of his house and kept the family in fruit and veg, as well as growing flowers.