You are here: Home>Locations>Rugby>War Memorial for British Thomson-Houston Workers in Rugby 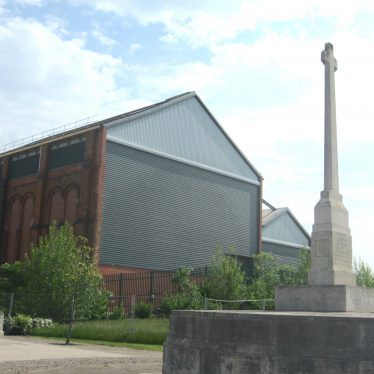 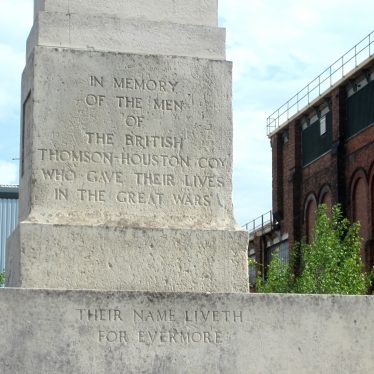 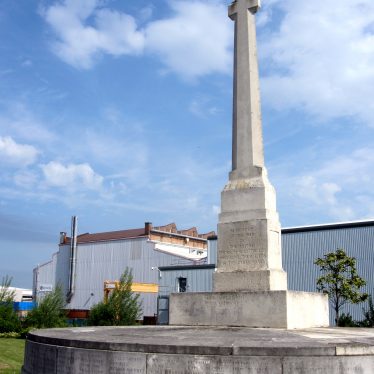 This memorial commemorates former workers at the British Thomson-Houston factory who gave their lives during the two world wars. The inscription reads: ‘In Memory of the Men of the British Thomson Houston Co’y who gave their lives in the Great Wars. Their name liveth for evermore’. The memorial used to stand at the Mill Road entrance to the site but was moved as part of the redevelopment of the site. This caused some controversy locally because some people felt it was disrespectful to their memory.

Some of the former factory buildings can still be seen near the war memorial, incorporated into the modern GE Energy factory on the site (which provides an interesting link back to one of the previous owners of the BTH factory).

Can anyone tell us what these old buildings were used for originally?

And do send us details if any of your ancestors is commemorated on this war memorial.