A tale of Victorian larceny 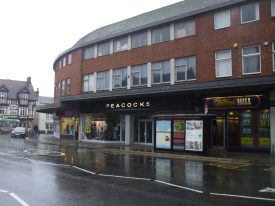 7 Church Street looks rather different today to how it would when George Day lived at the address.
Photo by Benjamin Earl 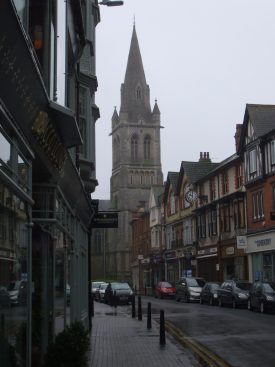 A resident of Rugby, George Day appeared before the circuit judge at the Coventry Courts quarter sessions twice in 1854, both times accused of thefts linked to pigs. George was a horse breaker and the 1851 census tells us he had a wife, Mary, and two young children, namely Georgeanna (six years) and George (five years). It can be assumed that George was so proud of his name he passed it onto both his children. In 1851 the family were living at number 7 Church Street, Rugby.

A spell in prison

An entry in the Calendar of Prisoners for Midsummer 1854 tells us George was convicted of stealing a 5lb piece of pork to the value of 2s 6d, from his employer Thomas Sheffield  on 22nd April 1854. For this crime George pleaded guilty and was sent to the House of Correction, Warwick, for 21 days.

Unfortunately for George, he was in front of the Quarter Session court again at the Michaelmas session the same year. This time he was accused of stealing two pigs, on two separate occasions, the first being stolen on 21st September 1854. One belonged to a farmer called James Martin and another belonging to Thomas Cappendale. Both pigs were stolen from a barn owned by the farmer James Martin, about two weeks apart.

George Day sold the first pig stolen to William Packwood, who owned a pub in New Bilton, a village outside Rugby. William Packwood’s statement to the court stated that on the 5th of October George Day told him he had another pig to sell. Although William Packwood didn’t buy the second pig, he did store it in his stables for George Day before Richard Rathbone, Police Constable, came for them on the 8th October.

George Day pleaded not guilty to the crime of stealing the two pigs but the witness statement of James Martin contradicts George’s claim of innocence using his own words:

This Deponent James Martin on his Oath saith as follows: (c) I occupy a field barn in the Parish of Bilton I keep pigs there.  On Saturday morning last the seventh of October I had eleven pigs there my property on Sunday morning the eighth of October I missed one of the Pigs.  The same afternoon between one and three I saw the Pig I so missed in the possession of William Packwood of New Bilton.  I knew the Pig again and am able to swear to it it is a sucking Pig of the value of seven shillings.  I saw the Prisoner at the same time in Packwoods yard.  He was then in custody He accosted me and said “forgive me and have mercy on me if you prosecute me.  I am a done man for they’re both your Pigs Master James I’ll pay you for the pigs”.  I told him he was out of my hands and I could not do it.1

George Day was found guilty of the crime and the Quarter Session records tell us he was sentence to four years of penal servitude. What happened to his wife Mary and their two young children though, we don’t know.