You are here: Home>Locations>Stoneleigh>The Royal Show 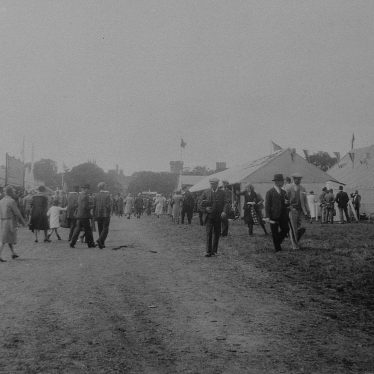 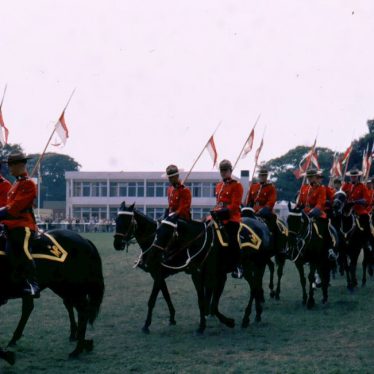 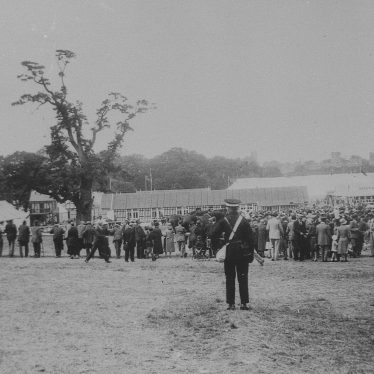 In 1963 the Royal Show found a permanent home in the National Agriculture Centre, Stoneleigh, where it stayed until its closure in 2009. Yet this was not the first time the show had been held in Warwickshire.

Until it found its permanent home, it had been held at a number of venues since the first in 1839 at Oxford. Since then until its closure it was held every year except for wartime, and when prevented by foot and mouth disease. Prior to 1931 the Royal Show had visited Warwickshire four times, namely: 1859 at Warwick Racecourse; 1876 at Aston Park next to Aston Hall; 1892 at Castle Park, Warwick; and 1898 at Four Oaks Park, Sutton Coldfield.

In 1931, the Royal Show was held in Castle Park, to coincide with the centenary celebrations of the Warwickshire Agricultural Society. There was concern in the run-up to the show that it may have to be cancelled due to an outbreak of foot and mouth disease, and this was only dispelled when the general standstill order was lifted on Tuesday June 30th. Visitors included the Prince of Wales (future King Edward VIII) who flew in for the occasion and landed on the race course.The Warwick Advertiser of 11th May reported that the cheers from the public were “at times almost deafening”, and the method chosen for the Prince’s arrival had “just that touch of adventure about it that appeals to everyone.” The Prince’s route to the show grounds was changed at the last minute owing to popular demand, the route through the town allowing more people to catch a view of the Prince.  In addition to visiting the show, he took tea at the castle and planted a tree in the castle grounds.