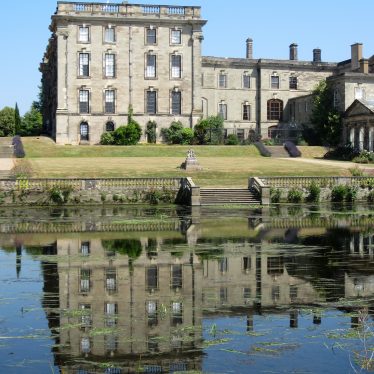 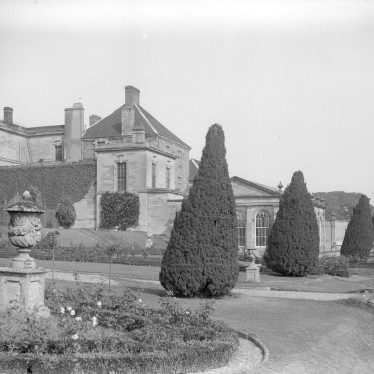 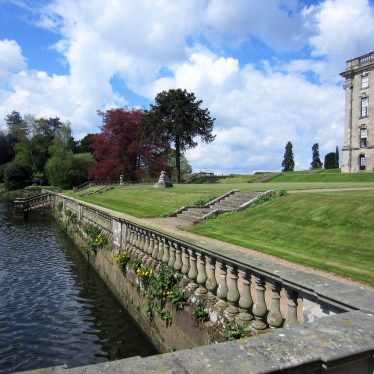 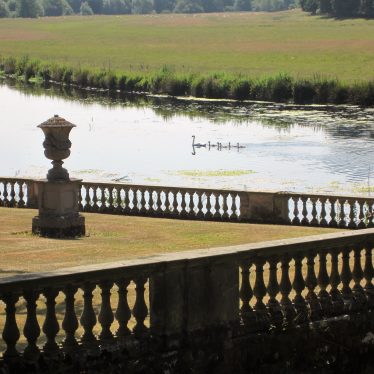 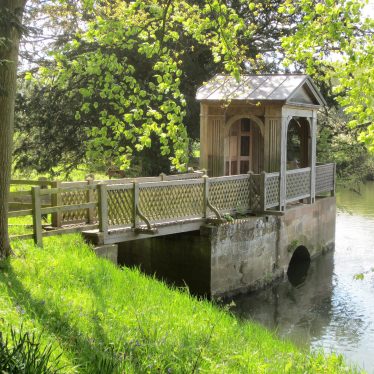 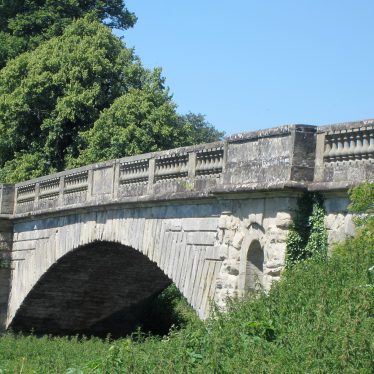 Humphry Repton was a distinguished landscape gardener; born in 1752 he died in 1818 and so his life and work are being celebrated nationally in this year of his bicentenary. Where his predecessor Capability Brown (who landscaped the grounds of Warwick Castle) had favoured an uncluttered sweep of lawn right up to a house, Repton re-introduced more formal items around a house such as flower beds, terraces and balustrades.

Repton was a talented amateur artist and he created ‘Red Books’ – so called because of the red leather binding – containing watercolour paintings with overlays to demonstrate his before and after plans to potential patrons. Fortunately Repton’s Red Book for Stone-Leigh [sic] survives and is said to be one of his finest; it is currently on display in the family chapel at the Abbey as part of an exhibition about his life and work. This Red Book has recently been digitised and the result can be studied during a tour of the house; some illustrations from the Red Book can also be seen on their website.

Repton had worked in Adelstrop where the young heir to Stoneleigh Abbey (James Henry Leigh) came from; his guardian, the Rev. Thomas Leigh, knew of Repton’s work and commissioned plans for the Stoneleigh estate. As a result, Repton remodelled the park for the family between 1809 and 1813. Many (though not all) of the plans in the Red Book were carried out: the river Avon was moved and widened to form a lake to reflect the house with a formal garden leading down to it. A wall and farm close to the West Wing were removed to open up the view. In response to a request from young James, Repton created a cricket pitch that is still in use, and also a bowling green. A new carriage drive down an avenue was proposed and is now the main entrance, although Repton’s plans for the entrance lodges and a Palladian-style bridge over the Avon were actually carried out by others a little later on.1 Major architectural changes to the south (river) side of the house were proposed, but not in fact carried out. Small formal gardens survive beside the house, with urns, steps, terraces and balustrades between the house and the river.

Walks around the estate

Work is currently under way to restore and reveal Repton’s work at Stoneleigh, so that his vision of the park and house in a landscaped setting can be better appreciated. The view of the house from across the river Avon is particularly fine. On the house side of the river, paths pass interesting features such as the Victorian Pump House, the Mill bridge, a Gazebo on an island, a pet cemetery, the Samoan summer house and last but not least the newly-discovered and rebuilt footbridge dedicated to Cordelia Leigh.