Post-war plans see the ultimate loss of the Well House 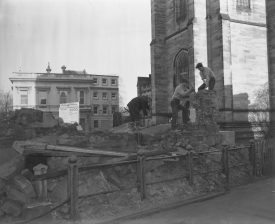 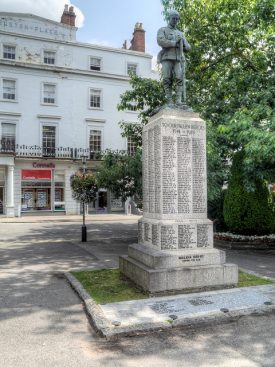 The town’s War Memorial bears witness to the number of its young men who gave their lives during the First World War.
© Copyright David Dixon and licensed for reuse under the Creative Commons Attribution-ShareAlike 2.0 Generic Licence.

Sleepy, genteel Royal Leamington Spa had been immune from none of the concerns post-war. The town’s War Memorial bears witness to the number of its young men who gave their lives during the First World War. The fabled “Ladies of Leamington” were mostly widows who had lost their husbands during the war or spinsters who, due to the number of eligible young men killed during the Great War, resigned themselves to remaining single.

Many of its inhabitants had experienced unemployment and its fine buildings were left to slowly decay due to the lack of money for their upkeep. Plus it had its bomb sites, not many it has to be said, but there were some. The last of these didn’t disappear until the 1990s

The town was also not immune from the brave new world following the war, where there seemed to be the attitude that everything old had to be swept away by all things new. In 1946 a plan was drawn up called “Royal Leamington Spa – A plan for Development”.

While this plan recognised the importance of many of the town’s historic building stock it also advocated the wholesale demolition of large areas both north and south of the river. This included most of Bath Street, High Street and the streets surrounding them, half of Newbold Terrace, all of Hamilton Terrace and many other important buildings, including the Town Hall. All of these were to be replaced by a utopia of concrete and glass.

Many historic buildings were lost

Thankfully, probably due to the huge costs involved, this plan was never fully implemented and the wholesale destruction was avoided. However, during the 1950s and 60s, plus to a lesser extent during the 1970s and 80s many historic buildings were lost.

One of the most surprising, when you consider its place in the history and development of the small village of Leamington Priors into the bustling town of Royal Leamington Spa was the loss of the original Spa Water spring and Well House. In part two, I will discuss its early history.