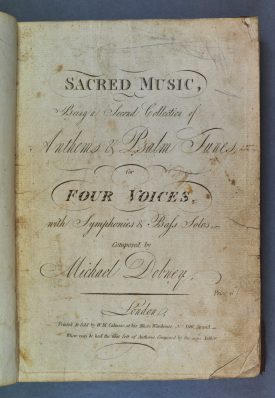 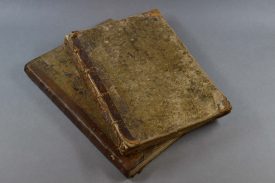 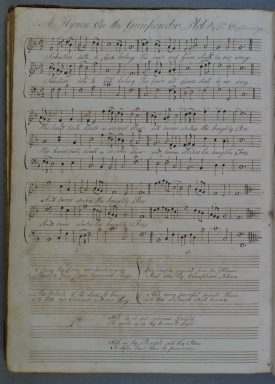 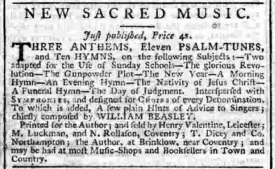 Cutting from the Northampton Mercury.
Image supplied by Edwin Macadam

There is a great deal more music relating to English parish churches than has previously been surmised. It is only in the last 15-20 years that it is recognised that the volume of music available (and especially those of country churches rather than those in the town or city) was not such a barren desert as originally thought, but is rather a field populated with many artisan composers and performers.

To some extent Thomas Hardy highlighted both the music and the nature of the instrumentalists and singers which comprised the village quires of the time in his novel Under the Greenwood Tree. Today there are currently over 35 such quires who actively both research and perform the genre of music now commonly called ‘west gallery music’, and there is an online music database which records all known tunes and variations to such tunes used to accompany the metrical psalmody of the period, which have so far been found in the years up to 1820. The period for recording this material has been extended to cover up to 1840.

Such a quire is Immanuel’s Ground West Gallery Quire (based at Northgate Methodist Church in Warwick) who perform material of the sort to be found in libraries (both local and central), in museums, and in county record offices. This material can take the form of both printed material and manuscripts. Four quire books from Brinklow and Harborough Magna, having found their way into the possession of the Singers at St Nicholas Church, Warwick, were eventually deposited for safe keeping at Warwickshire County Record Office.

Always on the lookout for new material, members of Immanuel’s Ground were delighted to find that the four books found in the record office contained not only manuscript material (some of which was completely new and not recorded elsewhere as coming from a printed source) but also two previously scarcely known books. One of these had had its front covers and title page removed thus meaning it was unidentified until now.

This book proved to be William Beasley’s New Sacred Music, being three anthems, eleven psalm-tunes, and ten hymns. Further research uncovered advertisements in the Northampton Mercury, where advertisements had been placed for the book’s original sale. Printed for Beasley in 1789, it was sold locally in Coventry, Leicester and Northampton. William Beasley and his wife were the teachers in the local charity school at Brinklow.

Further research is needed to trace down the list of subscribers, which was almost certainly removed from the book on its subsequent binding in 1815 as part of the Harborough Magna quire book.

The second printed book was Michael Dobney’s Second Book of Sacred Music. This is a second collection of anthems and psalm-tunes for four voices, with symphonies and bass solos. Dobney was a colourful man, and was Music Master of the local Northamptonshire Militia – his background is proving difficult to trace yet rewarding, as research continues! This book proved to be only the second copy known to exist.

As to Dobney’s First Book of Sacred Harmony, this has not yet been identified anywhere in the UK or the USA. So, anyone who can help solve this mystery, or knows of Beasley’s list of subscribers, would be warmly welcomed to make contact!