You are here: Home>Locations>Gaydon>RAF Gaydon 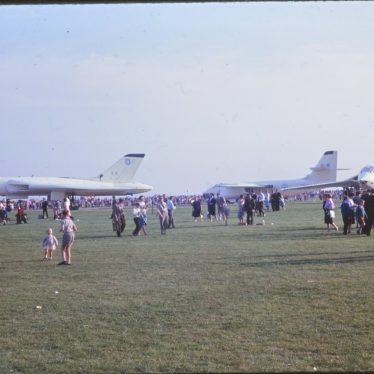 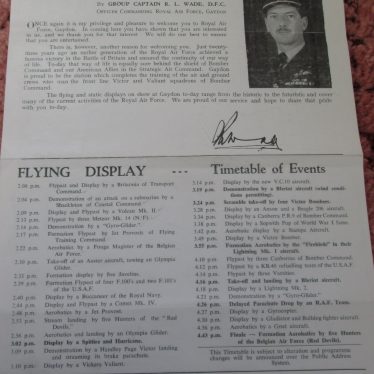 The photo of the planes was taken by my Dad in September 1963, and I’ve also attached the programme of the actual day. The aircraft pictured are left to right: Vulcan; Valiant; and Victor.

The RAF had what they called Battle of Britain at Home Days held each September at a number of stations up and down the UK, and the Gaydon show was our nearest. It continued through the 1960s and early 70s. The aircraft are in their anti-dazzle white paint, as the threat from a nuclear attack was very real then.

An article on the base’s time as a V bomber base can be found here.