You are here: Home>Locations>Harbury>Rev'd William Wight of Harbury

In search of the 'Model Parish' 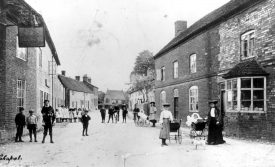 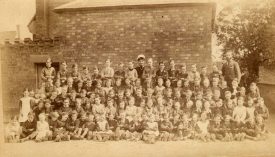 Being born in London in 1809, the Rev’d William Wight had seen first hand the conditions its inhabitants had to live in. He viewed London as an example of what was happening in most of the big towns and cities in the country. He made a decision while working in a large parish in the north of the country that while these evils (drunkenness, criminality, lack of education) remained, it was impossible to change society. Therefore, he set out on a quest to find a place in the centre of the country where an experiment could be conducted to build a ‘model parish’.

In search of the ‘Model Parish’

From 1849-1852 he travelled the country looking for such a place, organising meetings, collecting money from people willing to finance the project, advertising wherever he went for support for his idea. Almost at the point of giving up, with funds getting low, he came upon Harbury. A large parish with a population of approximately 1,000, no school for the working classes, and upwards of 2,000 navvies at some times working on the railway cutting (never less than 300) they could be educated. It was a healthy village standing on some of the highest land in Warwickshire, with a good water supply, and no tithes or church rates.

He set out to build Model Cottages, properly ventilated and drained and with a little garden. Let at a moderate rental, no lodgers should be taken to interfere with the social structure of the family, and they were never to be converted into beer or tobacco shops. Evening classes would be held three evenings a week for females, three for males, to raise the intelligence of the people and prevent idleness.

We learn that ‘three hundred volumes have already been contributed to form a Model Library more will be gratefully received but no works of fiction or of a questionable character’.

Big Vicar is watching you…

A small staff of respectable inhabitants were to be formed to act as Moral Police to go with the Vicar between nine and twelve at night to visit places of resort, and to observe the state of the Parish. He also started a Penny savings bank so that the children and even the poorest people could save a small amount, a Sick Society and special classes for the railway men, three evenings in the week, for writing, reading and arithmetic, singing etc. and on Sunday a Bible Class.

A Model Printing and Binding Factory was also built providing work for many of the inhabitants. The Rev. Wight wrote many pamphlets and books that were printed there.

In 1856 he applied to the Bishop of Worcester to build a school, for the education of children and adults or children only of the labouring, manufacturing and poorer classes in the Parish of Harbury, and for no other purpose. This school was duly built; the National School or Wight School1.

The Rev. Wight left the village in 1865 and could be found living in a house called ‘The Arab’s Tent’ in Chislehurst between the years of 1878 and 1884, when he died. He left a Will stating that the surplus arising out of surplus rents of houses he owned in Chislehurst and Cheltenham should be accumulated until a sum of £10,000 was reached and this amount be invested in Government securities, eventually being used to build an institution called the ‘Wights College of Social and Domestic College for Young Ladies.’ Many rules were laid down as to the running of the college, and the testator then directed that with respect to his own body, a mausoleum should be built for its reception, and for such of the ladies that might die in college who desired that their bodies should rest there. An epitaph was carved on the entrance in memoriam to his noble Labrador dog ‘Friend’.

The Will was contested by the Heir at Law on the grounds of insanity. This was never proved but the Will was declared void under the Mortmain Acts.

The debate goes on; was he a philanthropist, a man before his time, or was he a bumbling eccentric? I think maybe the former. Whatever, he certainly left his mark on the village of Harbury.

1 You can find a number of articles on this site sharing memories of time at the school.

This is an abridged and edited version of an article originally published in the Friends of the Warwickshire County Record Office Newsletter, February 1994, and is reproduced with their permission.