You are here: Home>Locations>Coleshill>Toothache and Tea - the Diary of John Sumner 1849

Toothache and Tea - the Diary of John Sumner 1849 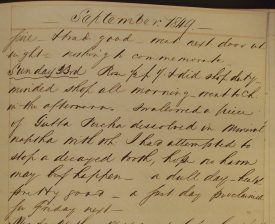 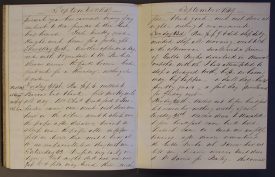 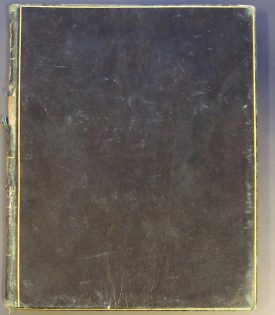 John Sumner was born in 1807, the son of tea merchant, grocer and druggist William Sumner who owned shops in Birmingham and Coleshill.

His diary was gifted to the Warwickshire County Record Office in 2011 and contains entries from April to September 1849.  As with any diary, he is mostly concerned with the weather, his health and a good deal of gossip!  However, one entry in particular, although brief, gives details of an astonishing piece of home dentistry!

“Rose at ½ of 7 and did shop duty – minded the shop all morning – went to Church in the afternoon.  Swallowed a piece of Gutta Percha dissolved in mineral naptha.  I had attempted to stop a decayed tooth, hope no harm may happen – a dull day – health pretty good – a fast day proclaimed for Friday next –”

Gutta Percha is the sap of the Malaysian Gutta Percha tree, which produces latex.  Mineral naptha is a form of white spirit, one of the few liquids which will dissolve the Gutta Percha.  The latex is still used in dentistry today as it is completely inert and does not react with the human body.  So perhaps no harm did happen to John after his attempt at DIY dentistry!

Given the date, the fast day John mentions may not have been a health-giving or religious observance, but a day set aside by congregations all over the country for a general fast to combat the blight of cholera which had swept the country for a second time in 1848.

The first pandemic occurred in 1832 and as no-one understood how the disease spread or how to treat it, cholera claimed thousands of victims.  The illness and manner of death was terrifying and it was believed that cholera was caused by improper diet and an excess of even wholesome food.  The Church of England called for a national fasting day in that year, backed by the Government.

Set up in 1820, the Sumner’s grocery business eventually passed to John and his brother William in 1852, with John taking over the grocery and William the chemist side of the business.

As a tea dealer, John had developed an expertise in tea and its health-giving benefits, and in 1863 published a short volume entitled: ‘A Popular Treatise on Tea’.  Books on tea were certainly not uncommon in Victorian England, but Sumner’s treatise acquired special significance after his own son, also John, went into the family business and, after several visits to China, founded Sumner’s Typhoo Tea Tipps (later to become simply Typhoo Tea) in 1902.

John Sumner Jr. was an average grocer, but possessed a talent for publicity and originally marketed Typhoo as an aid to digestion, having perhaps inherited his father’s interest in health.  The name Typhoo derives from the Chinese word for Doctor “Dai-Fu”.

This article is February’s Document of the Month (CR3722) for the Warwickshire County Record Office. Further articles can be found on their website.