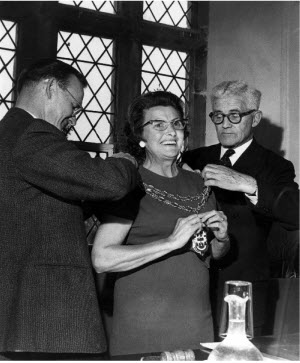 This road commemorates Councillor Florence Adcock (above), the first lady Mayor of Kenilworth in 1979. It was built in part of the former grounds of Park House, which was first recorded in the 1950s.

Offa was an aggressive king of Mercia from 757-796 AD, who issued the first standardised English coins. Examples of these, and evidence of his Saxon Mill, can be seen in Tamworth Castle Museum. It was built in 1961 in the site of Henry Whateley’s nursery gardens. 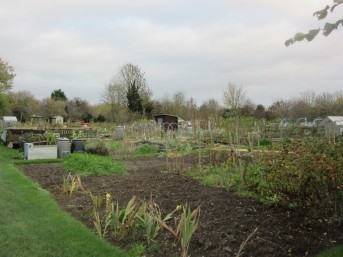 In the Inclosure Award of 1756, and  in the 1852 census this was called Tanhouse Lane. The name was changed by 1854 after the building of the railway bridge in 1844 divided the road. Around 1879, the Board of Health map shows Spring Lane as Spring Valley and today’s Whitemoor Road as Clayfield Lane.

This was the site of Whateley’s nursery, known as Spring Gardens in 1879, having previously been in School Lane, around 1859. The nursery was run by several generations of the family including Richard, Henry and Charles. The produce varied, but included roses, strawberries, fruit trees, tomatoes and rare orchids. The nursery supplied some trees for Abbey Fields and Priory Road. The name was unofficial until the road was made up and adopted in 1972. It retains the possessive apostrophe dropped1 from most name-plates.

Part five may be found here.