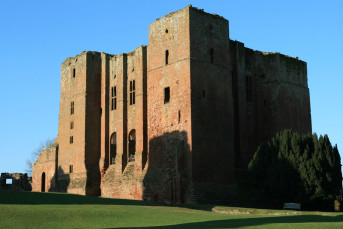 Kenilworth Castle Keep, after which Caesar Road was named.
Photograph from www.gwynnorrell.co.uk

Caesar Road commemorates Caesar Tower, the 16th  century name for the Keep of Kenilworth Castle. It was registered in 1963 (the road, not the tower!).

The road was originally proposed in 1888, when it was a trackway leading to the Kenilworth Cricket Club ground. K.U.D.C minutes for 16th October 1900 recalls a letter from Mr. Bowen, a builder from Leamington, saying that the new road called Queen’s Road is finished and asks that it be adopted. It was named at a time of great patriotism during the Boer Wars, and just three months before Queen Victoria’s death. It was the site of a nursery started by 63 year-old Robert Grindrod in1919, part remaining as Guest’s Garden Centre until autumn 2002. 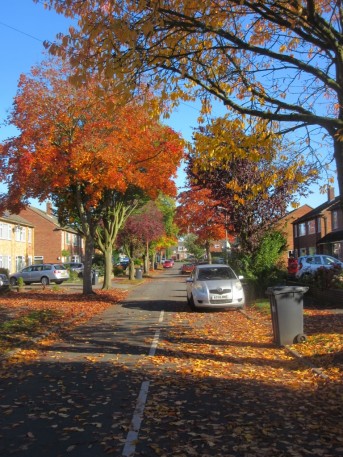 The road was developed in 1965 and commemorates Lord Willoughby de Broke, Lord Lieutenant of Warwickshire until 1968. Sir Robert Willoughby was the 15th century Lord Brooke of Beauchamp Court, Worcestershire. His grand-daughter married Sir Fulke Greville, after whom Greville Road and Brooke Road were named.

Part two may be found here.