This lane lead to Glasshouse Wood where John Timms operated glass kilns in the late 17th and early 18th centuries. It appears as the “Road to the Glasshouse” in the Inclosure Award of 1756. There was a reference to Glasshouse Lane in an 1840 sale advertisement. 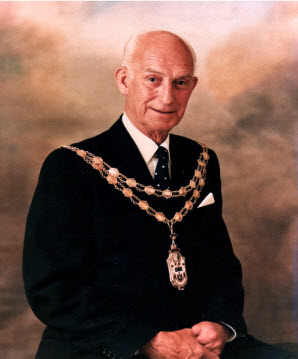 Jack A Cox, first Mayor of Kenilworth in 1974. Photograph courtesy of KTC

This road commemorates Councillor Jack A Cox (above), Kenilworth Urban District Council Chairman 1961-63, the first Mayor of the town in 1974 and the longest serving member of the Town Council at the time that this street was named after him. 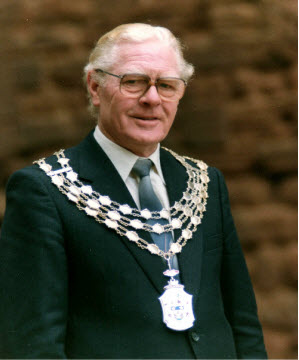 The road was named for Kenneth Rawnsley (above), JP, Chairman of Warwick District Council 1974-5 and Mayor of Kenilworth in 1980 and 1983. The naming was first suggested in 1975 by Councillor Derek Moore. 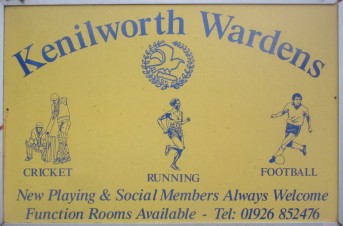 Established in 1989, this was formerly the cricket ground, from 1949, for The Wardens Cricket Club (now on Glasshouse Lane), which was established in 1942 as a result of matches between Air Raid Wardens. It is surely Kenilworth’s most original street-name. The club will move again before long, due to the planned development at Thickthorn.

This is the last in a short series of edited extracts from the third edition of A Portrait of Kenilworth in Street-Names by the authors named above and are reproduced with permission from Robin Leach.