You are here: Home>Locations>Leamington Spa>The Death of Poor Old Sharkey

The Death of Poor Old Sharkey 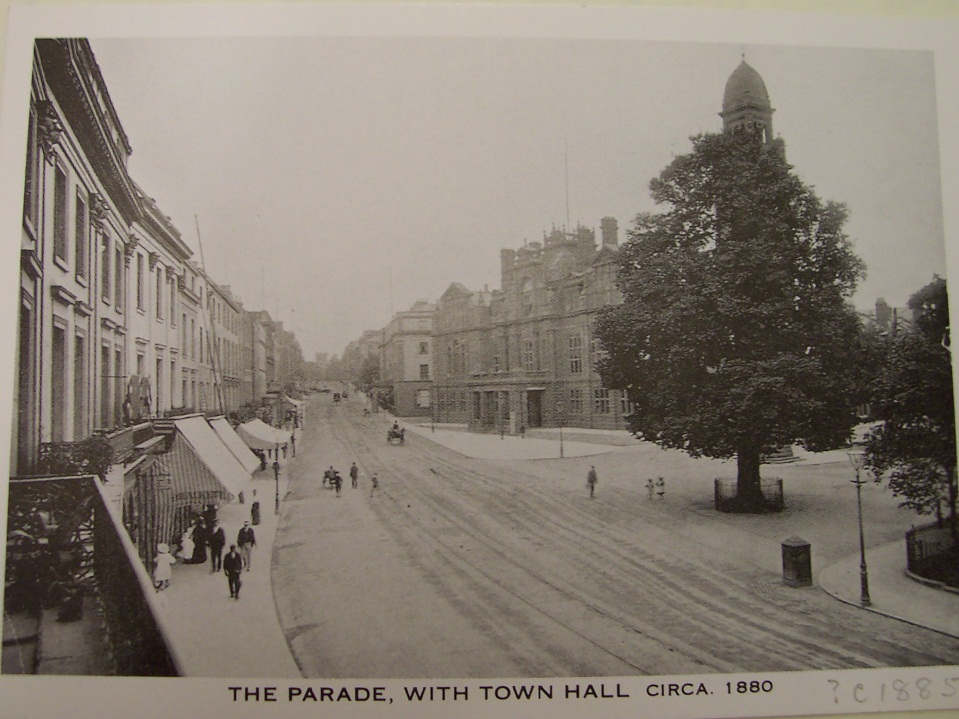 This postcard of the Parade in the 1880s shows the tree concerned. Warwickshire County Record Office reference CR 3961.

My paternal grandmother moved to Leamington, from Warwick, in 1897 when she was five. She lived there for the next 90 years before moving back to Warwick not long before she passed away (just a few months short of her 95th birthday), and was a mine of stories of “the old days”. One of the things she mentioned were the railings around the large tree that used to grow at the bottom of Holly Walk. She added that that was where “poor old Sharkey” the cabman was killed when his horse was frightened by lightning and threw him onto the railings.

She must have told me this in the early 1980s, so before the internet, when without a date to go on, searching for the details would have been rather long-winded. However now that the General Register Office indexes are online, it was relatively easy to find out that his death took place in the second quarter of 1909. This narrowed it down enough for me to search the Leamington Courier.

Arrived in Leamington around 1866 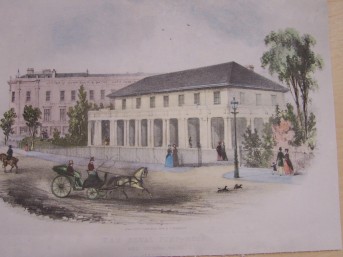 In the print showing the Royal Pump Room, the carriage in the foreground is a phaeton. Although there were several different types of phaeton, I suspect this was most likely to be the type Mr Sharkey was driving at the time of the accident. Image supplied by Richard Neale.

“Poor old Sharkey” was in fact Roger Sharkey, who had been born in Roscommon in Ireland around 1836. I’m not sure when he moved to England, but he arrived in Leamington around 1866 and soon became a well-respected resident of the town, setting up a successful livery stables and carriage hire business. He also become a prominent member of the local Roman Catholic community.

As it turned out, after 70 plus years Gran had got the cause of the tragedy wrong, but the outcome was the same. On the afternoon of Easter Sunday 1909, Mr Sharkey drove his daughter Catherine and son-in-law Thomas Benham to Hampton on the Hill. They travelled in a phaeton, which was an elegant looking carriage designed for one or two passengers plus a driver.

The pony pulling the carriage could be nervous around motor cars having been hit by one in October 1907. However despite being passed by several motors during the journey, it went perfectly fine until they were nearly home.

Just after crossing Victoria Bridge a motor passed the carriage and the pony took fright, bolting towards the Parade. By the time they reached Dormer Place, Mr Sharkey had managed to bring the pony under control. Unfortunately it was at this point a tram car rattled past, causing the pony to bolt once again.

This time it was not going to be calmed so easily. However Mr Sharkey was a very experienced driver and managed to pull the pony aside, so it missed one of the electric tram / light standards, which like today’s lights lined the centre of the Parade. It was his intention to carry straight on up the Parade, but the pony had other ideas! Probably intending on making its way back to its stable in Clarendon Street it, without warning, turned sharply off the Parade for Regent Grove. It headed at speed for the large Elm tree that used to grow between the Bright Obelisk and the Parade.

Mr Sharkey managed to turn the pony from the tree, but the front of the carriage struck the railings surrounding it and overturned. Catherine was thrown out but only sustained minor injuries and was able to help free her husband, who was pinned under the phaeton. Fortunately he too suffered only minor injuries, as did the pony.

Thrown onto the railings

This Advertisement was taken from a street directory of 1908. Spennell’s Directory available at the Warwickshire County Record Office.

“Poor old Sharkey” was not so lucky however. He was thrown onto the railings where his head became impaled on the spiked tops.

The Leamington Courier for 16th April goes into rather gory detail of his injuries. Suffice it to say here that while he was still alive when he was pulled off the railings, and was trying to speak when he arrived at the Warneford Hospital, his injuries were too severe for him to survive. The accident happened at 4:45 and Mr Sharkey passed away at 7:20.

The Inquest Jury returned a verdict of accidental death and asked for their sincere condolences to be passed on to Mr Sharkey’s family. They also recommended to the council that either the tree and railings were removed or if that could not be done, that they were to be fenced off so nothing like this could happen again. It would seem the council acted upon this recommendation because I have seen a postcard that was posted in April 1912, and there is no sign that the tree or the railings were ever there.