You are here: Home>Locations>Leamington Spa>Then and Now: The Regent Hotel

Then and Now: The Regent Hotel 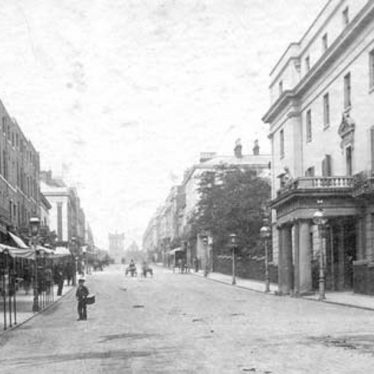 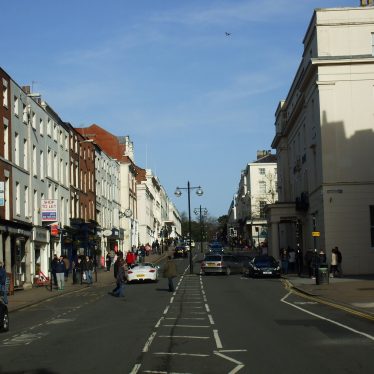 The Parade, Leamington Spa, looking north with The Regent Hotel on the right. 2014.
Photo by Benjamin Earl.

The Regent Hotel was officially opened on 19th August 1819. Proving itself to be a popular place for visitors taking the Spa waters, the Regent saw a number of celebrities choose to stay at the hotel. These included Princess (later Queen) Victoria, Hollywood star Douglas Fairbanks, and author Charles Dickens. The Hotel was owned by the Cridlan family from 1904 until its closure in 1998. After vigorous debate about its future, the hotel was refurbished and re-opened in 2005.

In these photographs, we can see that the basic layout of the Parade in Leamington is much as it was in the 19th century. Modern life sees the road somewhat busier (although the modern photos were taken on a Sunday, and are still relatively quiet compared to the usual bustle) but a row of shops and shoppers still face the Regent. Now, it seems, awnings no longer cover the pavement, and a couple of units are up for rent, suggesting further change on the horizon. Does anybody remember any of the shops that used to be on the parade?

Have you stayed at the Regent? Do you have any memories of the hotel or its functions? We’d love to hear more about the hotel, and the characters who passed through it if you have any stories you’d like to share.