You are here: Home>Locations>Kenilworth>The Augustinian Abbey of St Mary the Virgin, Kenilworth

The Augustinian Abbey of St Mary the Virgin, Kenilworth 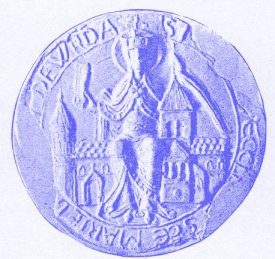 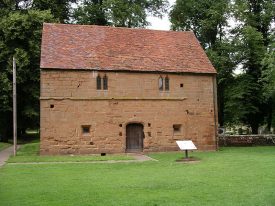 Once rich, and powerful, and beautiful, St Mary’s Abbey Kenilworth has been reduced to sparse ruins by King Henry VIII and nearly four centuries of neglect. Nevertheless, its spirit lives on in the life of 21st century Kenilworth, as shown below.

The great medieval abbey of St Mary once dominated Abbey Fields in the heart of Kenilworth, Warwickshire. A house of Augustinian canons was founded as a Priory by Geoffrey de Clinton in 1119 and dedicated to St Mary the Virgin. The Abbey Seal shows her sitting on the roof of the abbey church, charter in hand.   The canons were fully ordained priests who lived in a monastic community and took vows of poverty, chastity and obedience. It became one of the richest monasteries in Warwickshire and its importance was recognised by the Pope, who raised it to the status of Abbey in 1447. Its abbey church was twice as long as the Parish church of St Nicholas, hidden behind it.

Kings and Queens staying at the Castle would have come here for Mass and nobles would have been betrothed here. John of Gaunt held the Castle as his Palace, yet had his dance floor erected in the Priory for Christmas 1379! Chaucer may well have come here with his master. King Henry V and his knights who fought at Agincourt would have come here and met the Priory historian John Strecche,  who wrote down their vivid stories of the French campaigns. In 1538 Simon Jeykes, the last Abbot, was forced to surrender his Abbey to King Henry VIII. He received a pension of £100: his 15 canons received £5 to £8. The King’s commissioners took all its possessions and the lead off the roofs. The canons’ carved choir stalls and other woodwork, and the library books, were burnt to stoke the furnaces which melted the lead into half-tonne fodders.

The buildings were then plundered for stone: large ashlar blocks of red sandstone can be seen all over Kenilworth, often forming walls, or the foundations of houses. Angled corner stones were taken from the bell tower to Idlicote and built into a similar tower or dovecote. One canon’s stall survives in Halford Parish church. Queen Mary presented fodders of lead to Rowington church for their north aisle. However, one lay buried in St Nicholas’ churchyard until dug up in Victorian times. It is now in the Parish church – perhaps a thief was unable to recover his weighty treasure.

One building remains intact, albeit with an Elizabethan new roof. Recent research indicates that it may have been the Prior’s Hall. It became a farmer’s barn and cattle were kept in it. It is now the “Barn” Museum, housing an exhibition conjuring up the life and buildings of the former abbey, and a Kenilworth Local History museum.

In spite of the ruination of their Abbey, the Canons bequeathed more than they could have realised to future generations in Kenilworth.

The Abbey ruins lie about 150 metres from Bridge Street, partly within the churchyard of St Nicholas and mainly within the open spaces of Abbey Fields. The Abbey Fields, some 27 hectares in area, are managed by Warwick District Council as a Public Space, scheduled as an Ancient Monument. Most of the space is grassland, with a lake, swimming baths, tennis courts and a children’s play area. Voluntary work such as hedgerow regeneration and litter picking is done by the Friends of Abbey Fields. The Kenilworth History & Archaeology Society maintain and staff The “Barn” Museum on summer Sunday afternoons, with invaluable help from members of other Kenilworth organisations. It welcomes more than 3,500 visitors a year and works with local Schools. An Abbey Interpretation Scheme for the Millennium resulted in an exhibition in The Barn (Prior’s Hall) Museum, 13 brown explanatory marker plaques on walls or in the turf, and a historical leaflet on card. The scheme was funded by Warwick District Council, Kenilworth Town Council and the Heritage Lottery Fund. In June 2003 the first Communion Service since 1538 was held on the site, and other church services have been held since.

This page has been compiled with thanks to Geoff Hilton for use of his original text and photograph, which appear on the Kenilworth History and Archaeology Society website, where further information is available.