You are here: Home>Locations>Atherstone>The Pugins in Warwickshire: The Priory of St. Scholastica, Atherstone

The Pugins in Warwickshire: The Priory of St. Scholastica, Atherstone 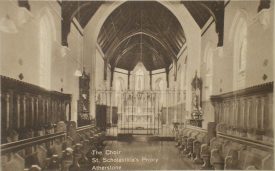 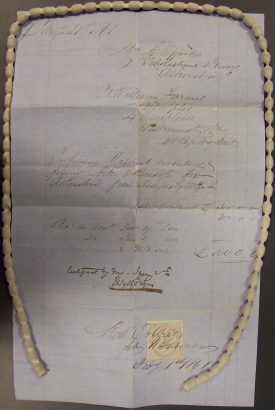 A.W.N. (Augustus Welby Northmore) Pugin (1812-1852) was a famous English architect, most recognised for his signature Gothic style. In 1834, Pugin converted to Roman Catholicism, and this was reflected in many of his commissions. This also influenced his eldest son Edward Welby Pugin (1834–1875) who at the age of 18, after his father’s death, found himself partly in charge of the practice, which he developed with his brother Peter. Edward himself designed more than one hundred Catholic churches.

The Pugins’ signature designs can be seen around Warwickshire, including the Priory of St. Scholastica.

The Priory of St. Scholastica

The Priory of St. Scholastica, Atherstone belonged to the rule of St Benedict. In 1835 the order purchased a house at Colwich in Staffordshire, which became St Mary’s Abbey, Colwich. Sometime around 1854, owing to burgeoning numbers, 19 nuns of Colwich took up residence at St Scholastica’s. By 1966 the community had shrunk to such small numbers a decision was made to return to St Mary’s in Colwich. The estate at Atherstone was sold in 1967, and the priory building demolished in 1968.

Pugin’s work in the Priory

This receipt for payment dated 1861 was received by the Prioress Mrs Clifford, for work to the high altar and reredos at the Priory by the sculptor William Farmer. It states that payment was made ‘for finding material, executing & fixing Alter and Rederos […] from designs by EW Pugin Esq’. The document is signed at the bottom as ‘certified by me, Jan 21st, E Welby Pugin’. In 1878, after Edward’s death, the Priory also received a receipt for architect’s commission, signed by Peter Pugin (Warwickshire County Record Office reference CR4615/15/2).

The Pugins made their mark elsewhere in Warwickshire, and the following were designed or feature designs by them.

Sammons, A. T., St. Scholastica’s Priory, (Atherstone Warwickshire) and the conversion of England, 1935.