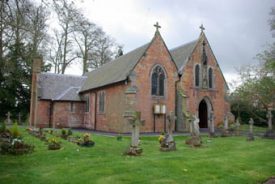 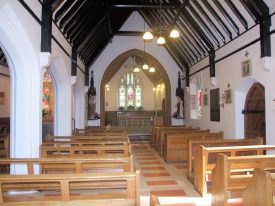 The parish of St. Francis of Assisi in Kenilworth has two churches – the larger one is St. Francis on Warwick Road, while the other is the much older St. Augustine’s Church at Beehive Hill.

History of the church

The dissolution of the monasteries in the 16th century caused the destruction of the Abbey of St. Mary in the Abbey Fields. The faith was handed on by local Catholic families in discreet places of worship served courageously by Priests, many of whom sacrificed their own lives as a result of this activity. At the beginning of the 19th century the Catholic community of Kenilworth had no church and had to travel to Wappenbury, over eight miles from Kenilworth, for Mass. At that time the Amherst family moved to Fieldgate House and set aside a room within their home for worship, inviting local Catholics to join them.  In 1841 the family commissioned the famous architect Augustus Welby Pugin to construct St Augustine’s church close to their home.  It was opened for worship in 1842, extended in 1852 and consecrated in 1904. Thereafter the Catholics of Kenilworth had the benefit of this compact and beautiful church.

By the late 1950s the growth of the Catholic community was such that all Masses at St Augustine’s were very crowded. Arrangements were made for Mass to be said, originally in the lounge of the Green Man public house in Warwick Road, and then later in the bar. This and further developments can be seen in the page on St. Francis of Assisi, but St. Augustine’s is still very crowded at times and Masses are performed regularly at both churches. St. Augustine’s is very popular for weddings.

The above content was adapted from the Kenilworth Parish History.