You are here: Home>Locations>Wolston>Wolston Bridge 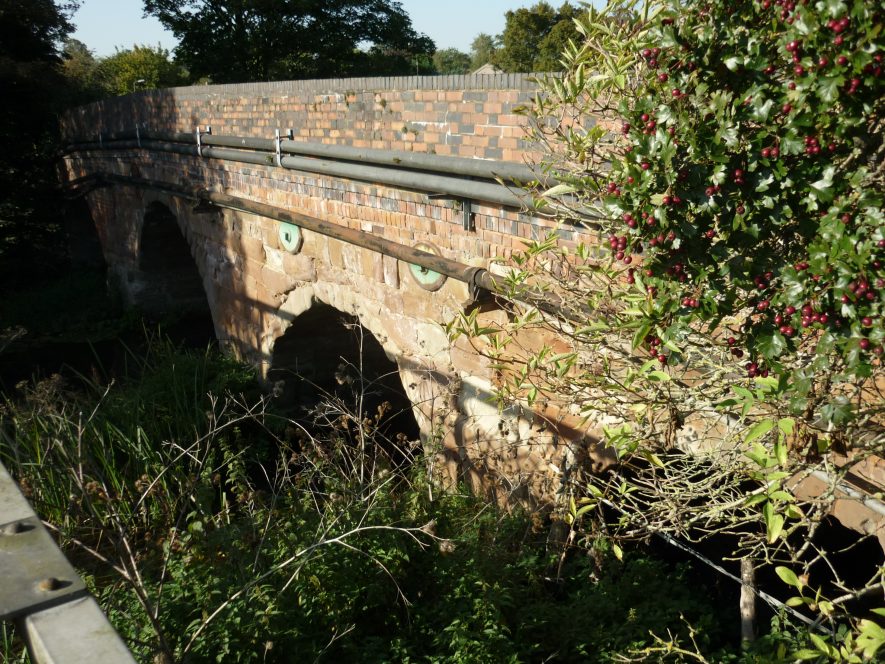 Wolston Bridge, a road bridge that was built during the Post Medieval or Imperial period. It is situated 100m north of St Margarets Church, Wolston.

1 This bridge near the church, though partly of brick, contains much earlier stonework in its three arches, the centre of which is somewhat irregular in shape.
3 18th century, altered, sandstone arch with vermiculated voussoirs and key block flanked by niches with pediment-shaped vermiculated voussoirs [?]. The parapet has sandstone panels, the spaces between filled with later red brick.
4 Badly weathered. The upstream side is almost entirely of brick with cutwaters of blue brick.
5 It appears that the bridge is no longer listed.

email
More from Wolston
More from Bridges and Viaducts
More from Streets, Roads, and Railway Tracks