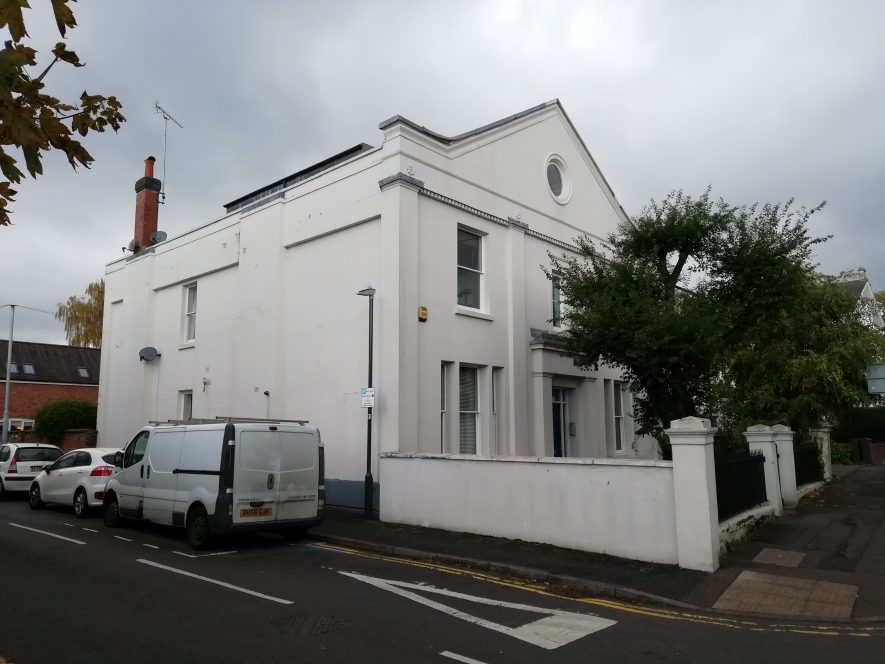 A Wesleyan Reform Chapel built in the Imperial period and located on Clarendon Street. It was converted into housing by the end of the 19th century, but some features remain.

1 In 1852 some members of the Portland Street chapel (PRN 2406) broke away and established the Wesleyan Reform Chapel. By 1887 it has been sold and converted into a private residence. Enough of its main elevation still survives intact to recall its original use as a chapel.