You are here: Home>Locations>Burmington>Tidmington House 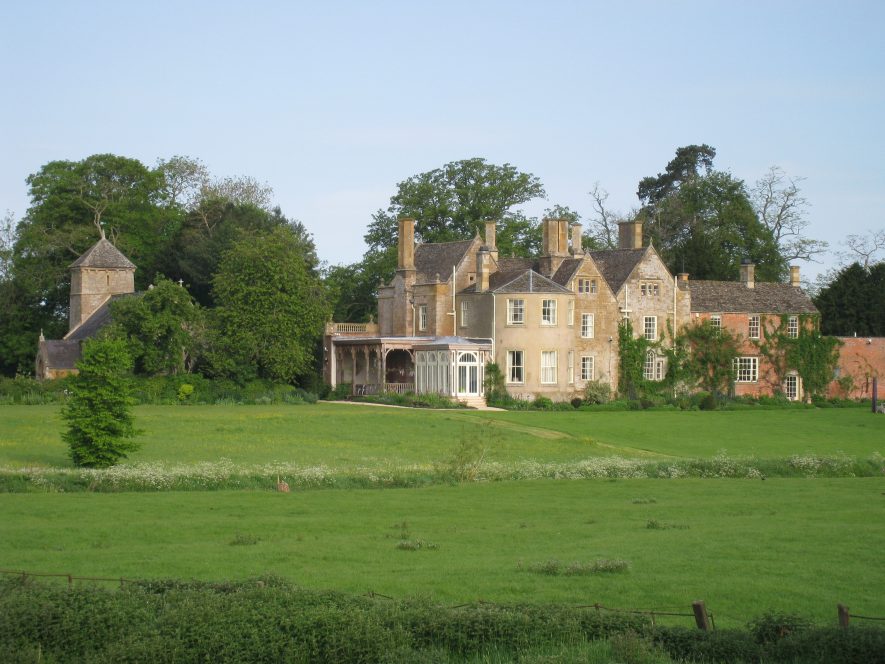 Tidmington House from the East.
Image courtesy of Chris Rice
Description of this historic site

Tidmington House, a manor house dating to the Post Medieval period. It is located 300m north east of Tidmington.

1 A large 3 storey (2 storey plus attics), stone building of c1600 altered and added to during the reign of Queen Anne and refronted on the west later in the 18th century. The west front has two gables and short projecting wings with a three-piece centre between. The centre of this also has a small gable and below it a tripartite lunette window. Under this is a venetian window and below that a verandah of Tuscan columns. The columns are said to have come from the Elizabethan Western House WA 2387. There is a moulded stone pilastered doorway. To left and right of the front are low one-bay pavilions with pilasters. One bay has a window, the other has a niche. On the east front the 3 gables with their stone mullioned windows are in their original state of c.1600. There is a Queen Anne brick addition on the north, and a wing at the south-east with a semi-cicular termination. The wooden balustraded verandah on the south side of the house is of the same date as these additions.
2 Mid 18th century front to a house of c1600.