You are here: Home>Locations>Polesworth>Pooley Hall, Polesworth 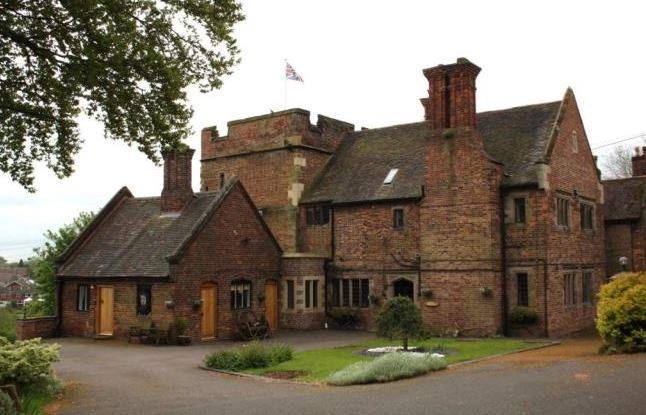 Pooley Hall, a manor house constructed in brick with stone dressings. It is Post Medieval in date. It is situated 100m east of Pooley Lane.

1 1509: Re-built as a semi fortified house by Sir Thomas Cockayne. His house was probably much larger than the existing remains. At the north end is a projecting garderobe, lighted by small loops. The adjoining west wing, probably part of the original great hall, has been much altered. From its width it seems likely that the great hall had aisles or a hammer beam roof. It may be conjectured there was another cross wing at the west end, but of this no evidence remains.
2 It consists of a long rectangular two storeyed nucleus with a western single storeyed wing. To the north is a detatched tower connected to the house by a curtain wall, and adjoining this on the west is a slightly later wing. The buildings generally are of red brick with stone dressings.