You are here: Home>Locations>Burmington>Burmington Mill 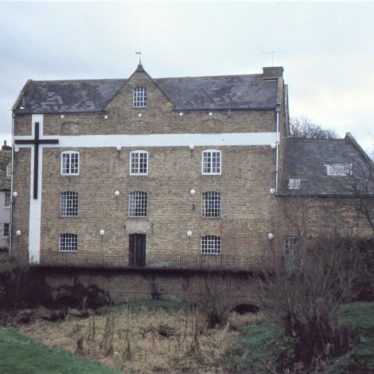 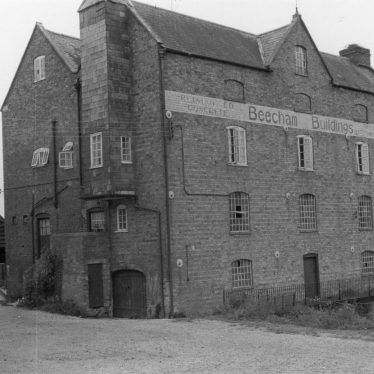 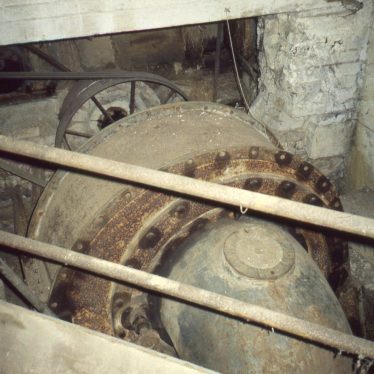 The turbine at Burmington Mill, 1998 before removal for use elsewhere.
Tim Booth 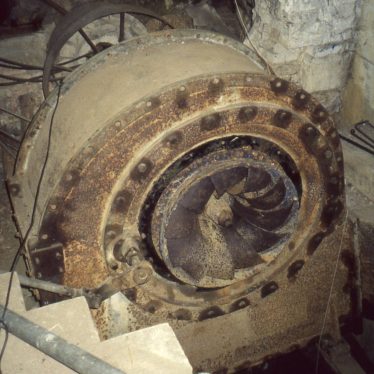 The turbine at Burmington Mill, 1998, after removal of the 'elbow' and showing the rotor.
Tim Booth
Description of this historic site

The site of Burmington Mill, a Medieval watermill. The present building on the site dates to the Imperial period. It has recently been converted into dwellings. It is located 350m north west of the church.

1 A mill is recorded in 1086. The mill is recorded in 1540 and 1606. Details of ownership exist for the latter 19th century and early 20th century. The mill was run until the early 1950s. When milling ceased the building became the workshop of a firm manufacturing prefabricated buildings, but in recent years the upper floors have been converted into flats. The older part of the four storey brick building dates from the 18th century. A similar structure was added to the N face of the mill in the 19th century. There were once two internal waterwheels, but both were replaced by turbines. One of these is still in place, connected to a generator, but is no longer operable. All the machinery was removed when the building was converted for use as a workshop. The nearby mill house is a substantial building dating from 1752.
3 Listed Building List.