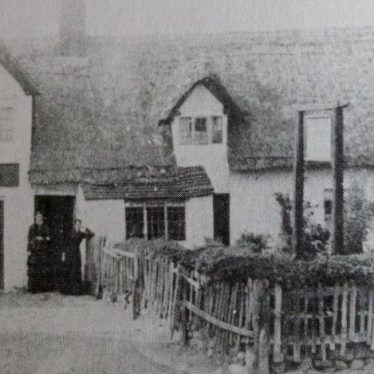 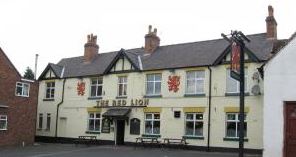 The Red Lion, an inn dating to the Imperial period which originally had a thatched roof. The inn is situated on Bridge Street, Polesworth.

1 The present building which dates to the Imperial period is of brick, painted white, with original windows and tiled roof.
A photograph of the original building is uninformative as it shows a simple rendered building with a thatched roof. This building was pulled down at the turn of the century.

2 The Victuallers’ database shows the Red Lion was in existence in 1806.