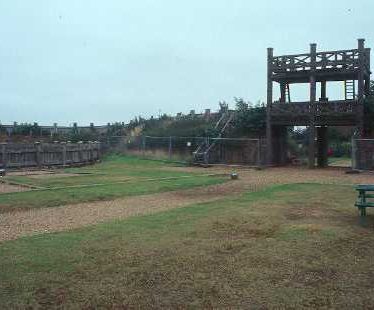 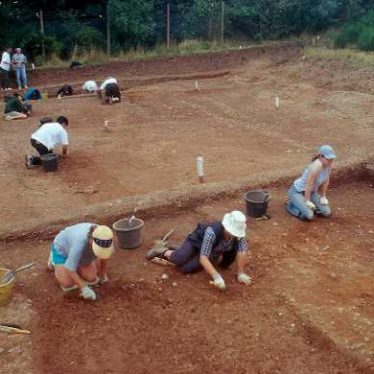 The Lunt, a fort that was rebuilt several times throughout the Roman period. During an excavation the remains of defensive ramparts from the fourth phase of the fort's occupation were found. It is situated north of Coventry Road, Baginton.

3 Excavation after 1971 revealed a further Period, Period 4, which consisted of a ditched fort on a similar alignment but slightly larger than that of Period 2. A coin of Gallienus (AD 260-8) came from a post pit of the Period 4 gateway. Pottery of a comparable date was found in the fort ditch along with a decorated tile. The ditch has been intensively sampled and it is therefore significant that very few artefacts have been recovered. No structural evidence within the enclosure dates to this period.
5 Scheduled as Warwickshire Monument No 126.
7 Noted by Ordnance Survey.
8 Most of the work undertaken in the 1996 season of excavation was concentrated in the area to the W of the gravel bank, particularly the inner & wide ditches that form the western defences. If the narrow ditch is indeed the Period 2 inner ditch. The wide ditch would then be either the late 3rd century re-occupation (Period 4) or have a post-Roman origin. This is based on the fact that the wide ditch cuts through the demolished Period 2 rampart material and timber emplacements.
9 Report on excavations 1988-91.
10 Revision of the schedule.
11 Scheduling information from 1978 showing additional area of protection.