You are here: Home>Locations>Spernall>Site of Row Ditch 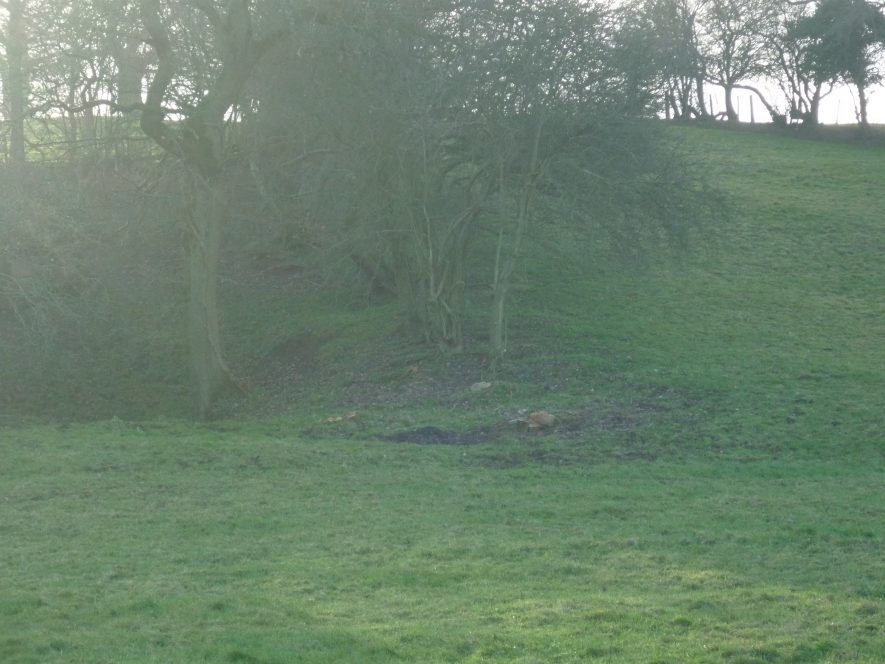 Site of Row Ditch, as seen from the footpath (left of photo)
Image courtesy of William Arnold
Description of this historic site

A linear earthwork that is possibly a boundary ditch. It is of unknown date. The feature is located 900m west of Shelfield Green.

1 There are various references from the 13th century to the 17th century to an earthwork known as Roueditch or Row Ditch. It was first so-called in a grant of land of 1247-82. It is also recorded in a deed of 1282-1314, when a plot called Newlands at the Roue Ditch is recorded. There are now two fields called Newlands in the parish, respectively N and S of Alne Wood, and these indications might be made to fit either of them. Near the former, however, along the E end of a wood called Burnet’s Brake, are possible traces of the ditch. About one quarter of a mile further N, according to deeds of 1676, the Row Ditch crossed Burford’s Lane, W of the farm. Here its course can still be made out running up to the top of Round Hill. It is identical with the modern parish boundary between Great Alne and Spernall. A deed of 1184 mentions the Old and the New Ditch. The latter was perhaps the Row Ditch, which may actually have been cut to mark this boundary.
2 The owner/farmer of Round Hill remembers a ditch going over the summit but states that it was ploughed out during the 1939-45 war. A small ditch (probably drainage) can be seen at SP1062. No trace of a ditch elsewhere on the course suggested by reference 1.
3 Noted in Parish Survey.
4 Probably the same site as WA 3769.