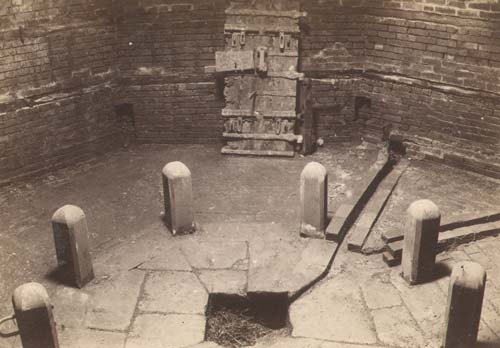 The dungeon at the old gaol in Northgate Street, Warwick
Warwickshire County Council
Description of this historic site

The site of a Post Medieval gaol in Northgate Street, Warwick. Destroyed by the fire of 1694, it was rebuilt within two years, and later repaired in 1779.

1 In 1676 a new gaol and house of correction was built. This was destroyed in the fire of 1694 but rebuilt within two years. In 1719 there were eight chambers let to prisoners for rent, a women’s ward and various chambers and garrets which were occupied rent free by debtors, also a debtor’s hall and dungeon hall. Urgent repairs were necessary in 1758; rebuilding was authorised in 1777 and began in 1779 (PRN 5518).