You are here: Home>Locations>Pailton>Site of Newbold Revel Park 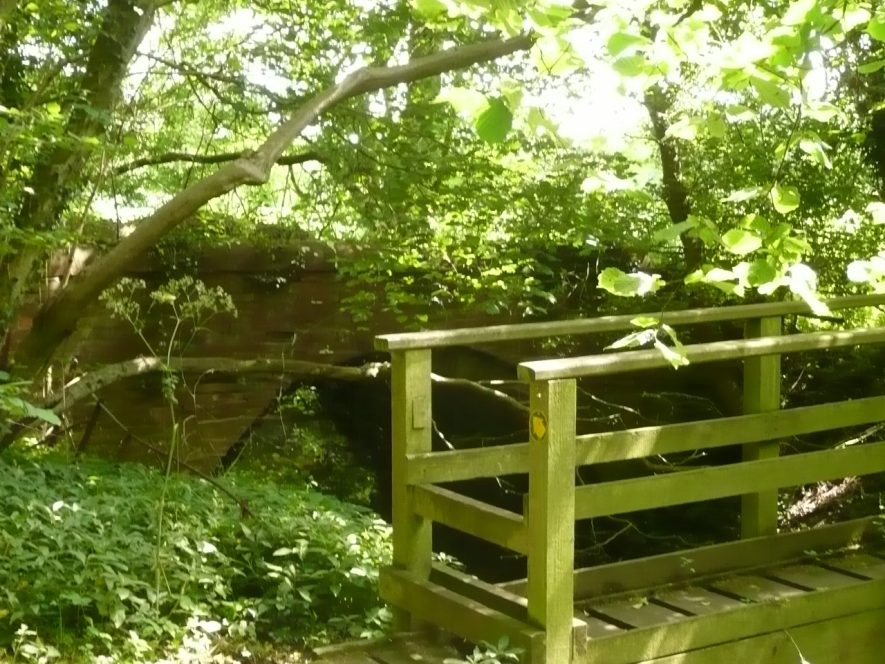 Old and new bridges in the grounds of Newbold Revel, 2017.
Image courtesy of William Arnold
Description of this historic site

The site of Newbold Revel Park, a landscape park that was associated with Newbold Revel country house. The landscape park dates from the Post Medieval period. It was situated in the area south east of Stretton Under Fosse.Park/garden recommended for inclusion on Local List by Lovie.

1 Newbold Revel is surrounded by a beautiful and well-wooded park, containing about 100 acres. The park has been much improved. There are about 10 acres of pleasure grounds and gardens.
2 The park today comprises a mixture of pasture and arable land.
3 A stone archway, partially buried in a vegetation covered bank, was noted at SP45688099 during a watching brief to the west. This may have been the remains of a short tunnel, over a road or path, shown on the OS map of 1888. The tunnel was probably built as part of the ornamental grounds for the house, possibly as part of its landscape garden. A number of photographs were taken of the visible remains.
45 Lovie report areas of parkland to E and W of house; to E remains of formal avenues with lake at intersection separating parkland from pleasure grounds. Walks, boundary planting especially to N, icehouse, kitchen garden with glass.
Changes c.1900 with formal terraces and water garden. Area to E disparked.
To S of house a formal rose garden has been created recalling the Edwardian character of this area.
To the N of the house new buildings and extensions have removed the kitchen garden but some shurbbery planting from the 18th century landscape remains.
Lovie states that it is not know who designed the garden in the mid-18th century.
He states that Newbold Revel is most appropriately placed as a key site on the Local List but adds that further research might produce evidnce which would require a re-consideration of this conclusion.