You are here: Home>Locations>Shuckburgh Park>Shrunken Medieval Settlement at Lower Shuckburgh 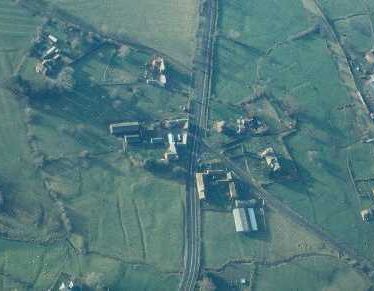 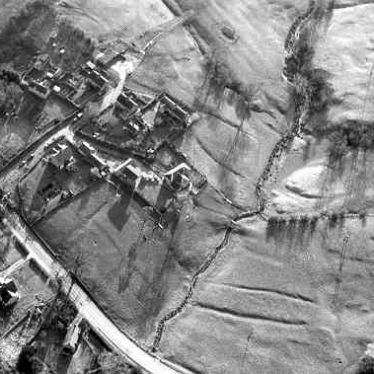 The possible site of a Medieval shrunken village at Lower Shuckburgh. The village is known to have existed from documentary evidence. The remains of the village are visible as earthworks in some areas.

1 The 1517 Inquiry found depopulation. Lower Shuckburgh was depopulated in 1492 and 1508. There is a small group of houses close to the church, but they may well be modern. There was a population of 39 at Lower Shuckburgh in 1730.
2 Field name Town Field. Earthworks with 2 deep hollow ways.
3 The village still centres about the church and comprises both new and old houses.
4 2 definite linear depressions which could be holloways were seen. These lie in an E-W direction and run down to a stream. There are other earthworks in this field, but they appear too irregular to be house platforms. There is another possible hollow way in the field to the SE. It leads from the stream to the farm buildings. There is much unevenness in the field to the S of Town Field, but this is probably natural.
5 A list of miscellaneous references relating to the depopulation of villages, starting with Domesday and ending in
1779.
6 Listed in Domesday in Marton Hundred. The Phillimore edition gives a grid ref of 48,62 which tallies with Lower, not Upper, Shuckburgh.
Ref 16,32 (Land of the Count of Meulan) in Shuckburgh 4 hides. Herlwin holds from him. Land for 4 ploughs. In lordship 2, 2 slaves; 8 villagers and 6 smallholders with 3 1/2 ploughs. Meadow 6 acres. The value was 40w; later 30; now 50s.
Ref 17,39 (Land of Thorkell of Warwick) Alwin holds 1/2 virgate of land in Shuckburgh. Land for 1/2 plough. It is in lordship with 2 smallholders. Meadow 2 acres. The value was and is 5s.
Ref 44,4 (Land of Richard the Forester) Richard also holds 1/2 hide in Shuckburgh. Land for 1 plough. It is there with 5 villagers. The value was 10s; now 20s. Edric held it freely.
7 The settlement is first recorded in the Domesday survey along with the adjacent settlement of Upper Shuckburgh. By the 13th century the hundred rolls identified 31 households in the settlement. However, these had dropped to only five by the 1330’s and in 1564 the settlement was so small it was assessed with two other neighbouring villages. The settlemtn survived but underwent several phases of depopulation and reorganisation. It began its recovery in the mid-17th century, and by 1664 there were 31 houses, and 39 by 1730.