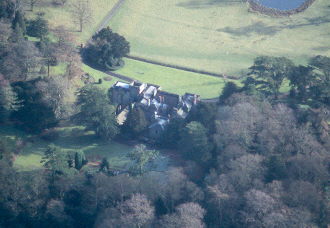 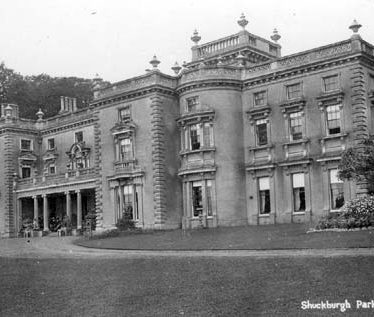 Shuckburgh Hall, a house first built in the later Medieval period in timber, which has been altered and added to during the Post Medieval and Imperial periods. It is now partly timber framed and partly built in stone. It stands in Upper Shuckburgh.

1 Built or rebuilt of timber in the late 15th or early 16th century. Some rebuilding in stone took place about a century later.
2 A proud range of 1844 by Kendall in front of an older, possibly pre-Reformation, timber framed house.