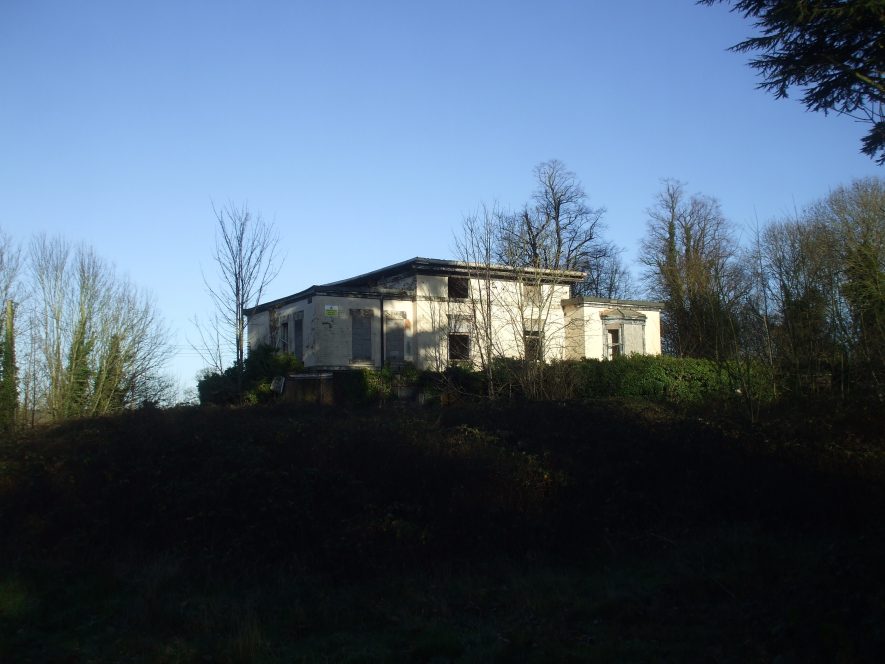 Ryton House and its associated gardens which date to the Imperial period. They are situated to the south east of Ryton on Dunsmore.Register entry (for garden) recommended for review by Lovie.

1 Ryton House (II) was built 1806-7 for Stephen Freeman (1774-1856), a member of a long-established family of Unitarian tradesmen. The house was extended to the west, shortly after it was completed, this extension being removed post 1938. Stephen’s brother William (1773-1849) was an amateur artist, and may have been responsible for the laying out of the grounds at Ryton; he spent his latter years at Ryton House. Following Stephen Freeman’s death, the house was owned in turn by his nieces, the last Miss Freeman (d.1895) leaving the property to her nephew, Charles Browett. It remained in this family’s ownership until after the second WW when it became a British Legion Club. NW of the house are some outbuildings dating in part from the 1850’s.
To the S of the house, originally overlooked by the dining room, lies a level lawn, the site of the flower garden. This is backed by mature specimen trees and evergreen shrubberies, within which is the site of a pond and fountain as shown by the 1st edition OS (1886). A sketch plan for this area dating from c1810 survives. To the N of the house, beyond the drive, is a stone terrace wall, formerly decorated with urns. At the eastern end, an iron gate provides access to the paddock which lies beyond. This is shown as occupied by two house-cows on a watercolour by William Freeman, c1840. To the W of the open ground was an orchard, several standard pears from which remain. On the eastern side of the N drive is a second area of paddock, like the first defined and enclosed by a wooded belt from which the open interior is divided by iron estate fencing broken by iron gates. From the north terrace, the land falls to the two lakes (WA 4292) which lie along the northern boundary of the site. The boathouse shown at the western end of the western pool on the 1889 OS has not survived. The walled kitchen garden, the roadside wall of which still stands, is situated on the S side of the Leamington Road. The garden is referred to as a Field garden by Mary Freeman in her diaries (1845-93).

2 Lovie visited the garden during his survey of gardens of Warwickshire (1996/7) and mentions, in less detail, all the features in the above paragraph.