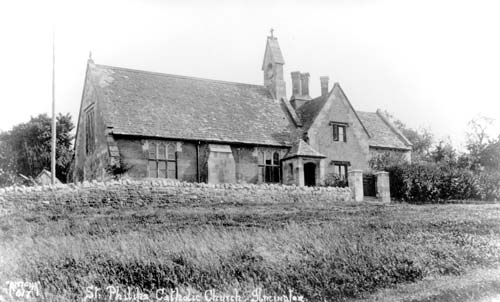 A Roman Catholic Church dating to the Imperial period. It was originally built as a school but was converted to a church in the 20th century. It is located in Grump Street, Illmington.

1 In 1867 a Catholic school was built on the Upper Green. It was a solid stone building and served until 1931 when it was closed as a school, and the building converted to serve as a Catholic church, consecrated in 1935.