You are here: Home>Locations>Bourton on Dunsmore>Poss Shrunken Medieval Settlement E of Bourton Hall 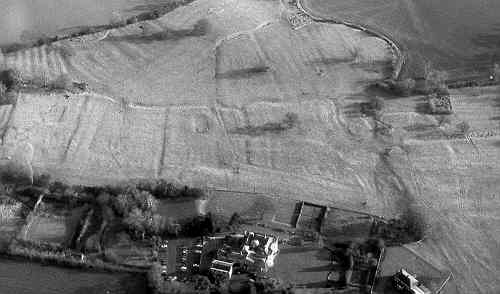 The possible site of a Medieval shrunken village and garden earthworks possible associated with Bourton Hall. The remains of the village are visible as earthworks. The site is located to the east of Bourton on Dunsmore.

2 Earthworks of banked and ditched enclosures and linear features probably indicate the site of a shrunken Medieval settlement to the E of Bourton Hall.
3 After reviewing aerial photographs it seems that a series of garden earthworks exist, south of the road and under arable cultivation. These may have once been assiociated with Bourton Hall or an earlier high status building.