You are here: Home>Locations>Nuneaton>Nuneaton Priory Church 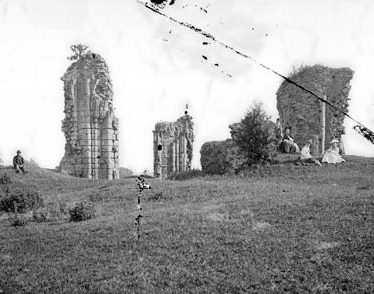 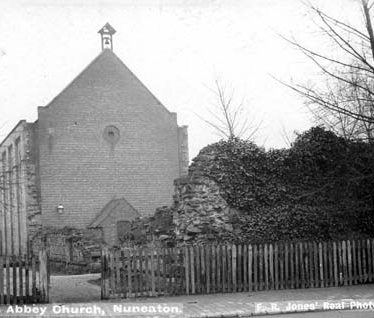 The site of the Medieval church at Nuneaton Priory, parts of which have been incorporated in to the later Church of St. Mary. The site lies on the east side of Manor Court Road, Nuneaton.

1 The church of St Mary (PRN 6316) incorporates ancient remains of the Nunnery church. The nunnery church was cruciform with a central tower, a vaulted presbytery and N and S transepts, being each of two bays. The nave was of six bays, of which four served as the nun’s quire and the two W bays as the Brothers’ quire. The E parts of the church were probably erected c1155-9 and were followed by the nave. Early in the 13th century the central tower fell.
2 A set of nine tiles forming a wheel of fortune, laid to form part of the floor of the Sanctuary.
3 OS Card, description as above.
4 Description of St Mary’s Priory.
5 Work was carried out by D.Andrews for DoE Central Excavation Unit. An area excavated to the S of the cloister adjacent to the Abbey Grange Hotel produced no evidence of occupation beyond some post-holes and a robbed wall. It seems certain that the medieval stratigraphy had been removed in the course of levelling. In the vicarage garden where the remains of the cloister, brewhouse and misericord.
6 Scheduling revision.