You are here: Home>Locations>Frankton>Marton Bridge 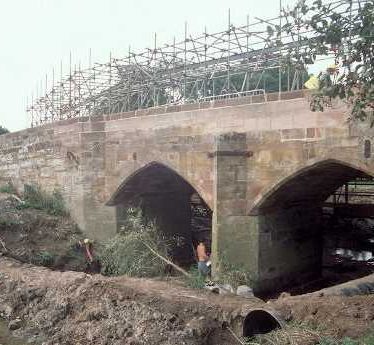 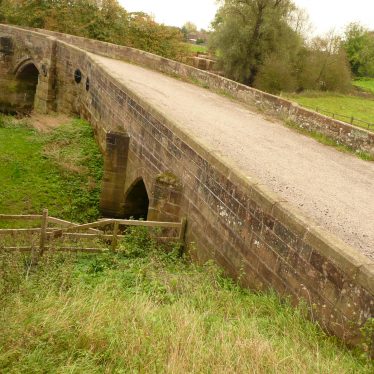 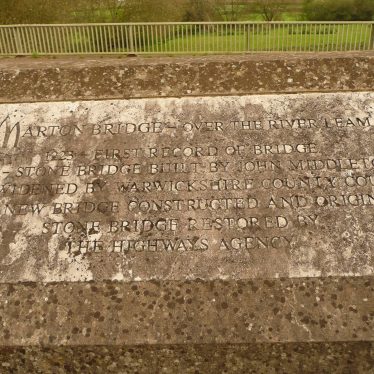 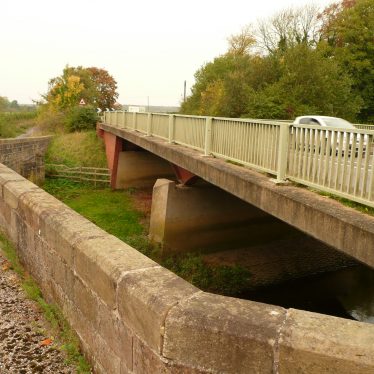 Marton Bridge, a stone road bridge with Medieval origins. Documentary evidence suggests that there have been nine different stages of construction in its history. It crosses the River Leam 200m north of the church.

1 Dugdale mentions the existence of a bridge in the early 13th century (7.H.3). ‘in K.H.5. time John Middilton (…) built a fair Bridge here of lime and stone’
2 A very fine bridge with segmental pointed arches and a long sloping causeway at each end. The arches have double splays, with a recess, as at Blythe. The causeways are of a remarkable kind.
3 It was widened on the upstream side in concrete comparatively recently.
4 The bridge was rebuilt in stone in 1414 by John Middleton. In 1625 it was recorded that the bridge had been repaired and it had to be repaired again in 1661. The bridge has long approaches with two spans over the water and a flood arch in both approaches. Built of sandstone ashlar with segmental-pointed arches of two splayed orders.
6 Much restored and not outstanding.
9 East Midlands Electricity and British Gas were given permission to lay a cable through the footpath on the south side of the bridge. The work was watched and supervised by a representative of Warwickshire Museum during which time the sections of trial holes were drawn and other details noted.
10 Consent was granted to British Gas (West Midlands) to lay a pipeline linked to the one laid in October 1991; one of the conditions imposed was that Warwick Museum should supervise any ground disturbance work. This was done, and the trenches cut by British Gas did no damage to the existing bridge, and no archaeological deposits were found.
11 Background historical research identified nine constructional stages from the 15th to the 20th century. Trial trenches revealed a cobbled surface, which may be medieval and lead to a contemporary or earlier bridge or ford.